Sam Wheeler, an engineer from California, was known as an innovator and pioneer. 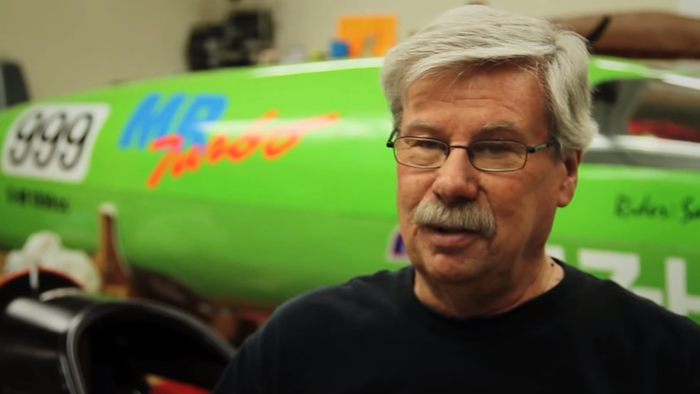 am Wheeler is dead after the high-performance bike he was testing at Utah's famed Bonneville Salt Flats fish-tailed, went airborne and crashed at 200 mph. He was 72.
YouTube, ignition3

SALT LAKE CITY (AP) — Sam Wheeler, a renowned land speed motorcycle racer, is dead after the high-performance bike he was testing at Utah's famed Bonneville Salt Flats fish-tailed, went airborne and crashed at 200 mph. He was 72.

Wheeler was going about 200 mph (322 kph) during a test run when the back of the streamliner motorcycle started fish tailing, said Mike Cook, the event organizer who witnessed the incident. His motorcycle began to slide and then popped into the air and came crashing down on the caged section where Wheeler was seated, Cook said. Wheeler was alive when emergency crews extracted him from the car but died about four hours later at the hospital, Cook said.

"We all have real heavy hearts," said Cook, organizer of Mike Cook's Bonneville Shootout. "Land speed racing is one of the most family orientated sports there is the world."

Wheeler, an engineer from Arcadia, California, was known as an innovator and pioneer in the sport. He spent more than two decades building, fine-tuning and racing a motorcycle on which he reached speeds exceeding 300 mph, said Pat McDowell, a fellow racer and longtime friend. At one time, he held the land speed record for motorcycles, he said.

"He's was pretty much one of the legends of our sport," McDowell said. "He did it with his brain, not his wallet."

Wheeler was testing the motorcycle this week in anticipation of two big races in August and September at the Salt Flats. The site brings races from around the country to use the flat, glasslike surface to set speed records.

"Everyone was rooting for him, even competitors," said McDowell, vice president of the Southern California Timing Association.

Wheeler was known for his ability to build and modify his motorcycle by himself. He was perfectionist who knew aerodynamics well, said Bill Lattin, president of the Southern California Timing Association, which is set to host a major racing event at the Salt Flats in August.

"He built that motorcycle by hand. Every single part on it," Lattin said. "He's been rebuilding it, making it stronger, faster and more aerodynamic."

He is survived by a wife and two children, said McDowell. Wheeler's family couldn't immediately be reached for comment.

"He was the nicest guy in the world," Lattin said. "He would do anything for anybody.