The FDA has sent Whole Foods Market a letter over conditions at a Massachusetts kitchen, warning that food prepared there "may have been contaminated with filth." 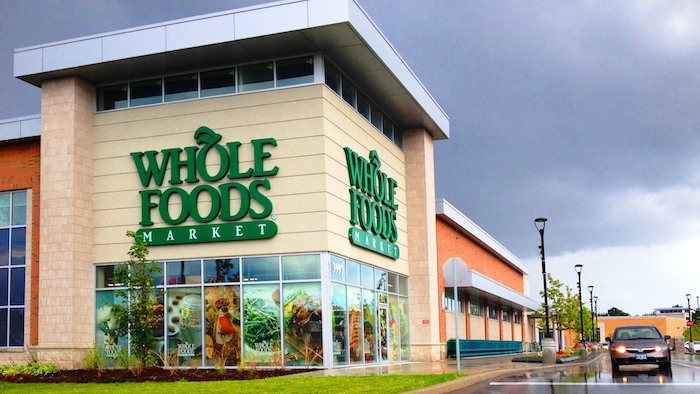 The Food and Drug Administration has sent Whole Foods Market a letter over "serious violations" at a Massachusetts kitchen, warning the grocer that food prepared there "may have been contaminated with filth."

The FDA's Public Health Service describes multiple inspections conducted during February at the North Atlantic kitchen in Everett, which had condensate from ceiling joints dripping onto work surfaces below. Another incident involved an employee spraying sanitizer on work surfaces near a co-worker preparing food, resulting in the "sanitizer being sprayed onto an open colander of salad leafy greens."

Other violations included employees not washing hands or changing gloves in between tasks, for example.

Whole Foods' previous reply in March was insufficient due to a lack of documentation on remedial actions, the FDA said. The latest letter dated June 8 gives Whole Foods Market 15 days from its receipt to specify what the company has done to correct the violations.

Representatives for the Austin, Texas-based retailer said they have addressed and corrected each of the issues listed in the FDA letter.

"The thorough and tangible steps that were taken in the North Atlantic Kitchen to address each of these points were not reflected in the FDA's follow-up letter, and we have contacted them to discuss the matter," Whole Foods Market Inc. said Tuesday.

The company has been trying to shake its "Whole Paycheck" image by offering more affordable prices that help it appeal to a broader customer base. It's also opening a chain of "365" stores that will have a minimalist format and a smaller footprint.

Last December the company agreed to pay New York City $500,000 to settle allegations that it overcharged customers for pre-packaged foods. The settlement with the city's Department of Consumer Affairs requires Whole Foods to conduct quarterly audits to ensure products are accurately weighed and labeled.