Elevated levels of the chemical used to make Teflon coatings was found in wells and drinking water surrounding a New Hampshire community.. 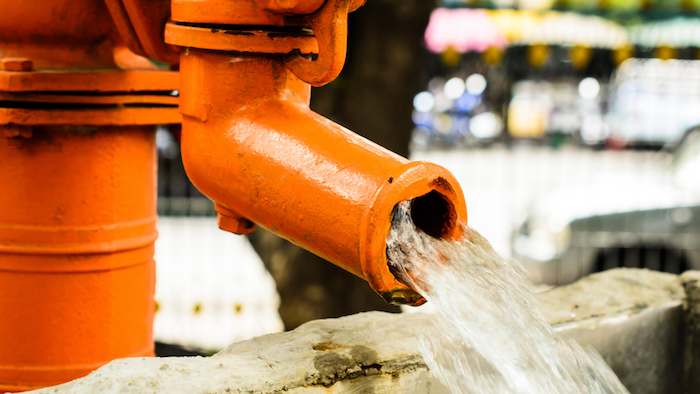 MERRIMACK, N.H. (AP) — A manufacturer is "potentially responsible" for the cleanup in New Hampshire communities where elevated levels of the chemical used to make Teflon coatings were found in wells and drinking water, the state Environmental Services Department says.

A department letter to Saint-Gobain Performance Plastics, dated Friday, came after the department found over 20 wells within a 1-mile radius of the Merrimack plant had higher levels of the chemical PFOA. A spokeswoman for Saint-Gobain said Tuesday the company would provide bottled water to residents in Merrimack and Litchfield affected by the contamination.

The department, which has not provided an estimate of the number of residents affected, has been providing bottled water to them.

The state agency also requests that Saint-Gobain submit a plan for soil sampling and analysis; provide for the installation and monitoring of water treatment systems to remove contamination; and provide for the connection of residences and businesses to a public water supply.

"Based on the information available to date, the New Hampshire Department of Environmental Services has determined that Saint-Gobain is potentially responsible for the cleanup of the site, restoration of impacted groundwater and drinking water, other actions necessary to protect public health and the environment, as well as the state's costs addressing impacts of the contamination," the letter said.

The department says it will reassess the situation when the U.S. Environmental Protection Agency provides more guidance on a health advisory for lifetime exposure to PFOA.

Saint-Gobain spokeswoman Dina Pokedoff said the company is "in discussions regarding potential courses of action going forward, and assisting in investigating the source or sources of the elevated levels of PFOA, which are currently unknown." She said once the investigations are completed, "we will evaluate the findings and determine how to proceed. The wellbeing of all Saint-Gobain employees, as well as the residents of the communities surrounding our plants, continues to be a top priority."

Saint-Gobain, based in Paris, found the presence of PFOA in its drinking water earlier this year and notified the department. The department conducted its own testing after PFOA was found in the Hoosick Falls, New York, water supply, and in some private wells in North Bennington, Vermont, near other Saint-Gobain plants.

In New York, Saint-Gobain and Honeywell International were sued in February after regulators identified them as potentially responsible for chemical contamination in Hoosick Falls' water.