VW has one month to figure out how to get 600,000 cars to comply with clean air laws or risk a trial this summer over an emissions cheating scandal. 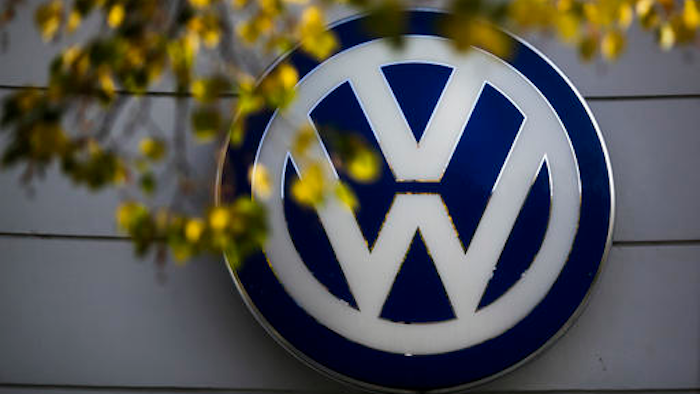 Volkswagen and government regulators must present a detailed plan within a month on getting nearly 600,000 diesel cars to comply with clean air laws or risk the possibility of a trial this summer over an emissions cheating scandal, a federal judge said Thursday.

Senior U.S. District Court Judge Charles Breyer said he wants to know the timing of the fix and any planned payments to owners, among other details, by April 21.

"I would hope by the 21st that as many outstanding issues as possible will be wrapped up, but at least the issues of what is to be done with these cars must be resolved by that date," he said.

Breyer said former FBI Director Robert Mueller told him Volkswagen, government regulators and attorneys for car owners had made substantial progress toward a resolution that would get the polluting cars off the road. He did not provide any details. Breyer appointed Mueller to oversee settlement talks.

The parties were not able to immediately announce the solution because engineering technicalities and other important issues still needed to be resolved, Breyer said Mueller told him.

Volkswagen acknowledged in September that it intentionally defeated emissions tests and put dirty vehicles on the road. The cheating allowed cars to pass laboratory emissions tests while spewing harmful nitrogen oxide at up to 40 times the level allowed when operating on real roads.

The Department of Justice sued Volkswagen on behalf of the U.S. Environmental Protection Agency. The company also is facing lawsuits from angry car owners, who are demanding Volkswagen buy the vehicles back. Those cases are both before Breyer.

Justice Department attorney Josh Van Eaton and Elizabeth Cabraser, lead counsel for vehicle owners and lease holders, agreed with the assessment that substantial progress was being made.

But Joe Azam, an attorney in New York who owns a 2014 Jetta wagon, said another month was not what he wanted to hear. The 34-year-old is not a party to any of the lawsuits against Volkswagen.

"Every day that goes by and every time I drive my car, it's almost like a moral hazard," he said. "I realize it's spewing out more emissions than I thought it was going to when we paid a premium for the diesel."

Breyer warned that he would seriously consider holding a trial this summer to resolve the ongoing pollution if a solution did not emerge by April 21.

The judge told Volkswagen attorney Robert Giuffra last month that he wanted to know by Thursday whether the company had come up with a fix that was technologically feasible and acceptable to the EPA. Six months was long enough to determine whether there was an engineering fix for the vehicles, Breyer said at the time.

But he appeared pleased with the progress report he received Thursday.

Volkswagen said in a statement after the hearing that it is committed to coming to a fair and prompt resolution of the diesel emissions lawsuits and was fully cooperating with Breyer.