Some officials expressed disappointment that the newest goal wasn't tougher, following a UN climate panel's warning about the consequences of failing to contain global warming.

Associated Press
Exhaust pipes of a car are pictured in Berlin, Germany, Tuesday, Oct. 9, 2018. Due to environment protection reasons the city of Berlin has to introduce a diesel driving ban on several highly frequented roads.
AP Photo/Michael Sohn

Officials from the council of EU member governments, parliament and the executive Commission were to negotiate Wednesday in the wake of environment ministers' agreement late Tuesday to lower average emissions of carbon dioxide by 35 percent from 2021.

The Commission had initially proposed 30 percent, and the parliament voted for 40 percent; talks now aim to reach a final agreement.

Some European officials expressed disappointment that the 35 percent goal agreed on under the compromise wasn't tougher, following a UN climate panel's warning about the consequences of failing to contain global warming. The European industry association said carmakers support reducing greenhouse gases such as carbon dioxide but cautioned that the proposed reduction risks harming companies' competitiveness.

Germany's VDA auto industry said the 35 percent agreement among governments "missed the chance to formulate the regulation in a way that is realistic technically and economically."

The VDA's president, Bernhard Mattes, said it was "already clear that the EU will decide CO2 goals for the auto industry that are too high." He said that mean European carmakers will face burdens that competitors in other regions do not and that jobs would be endangered.

Environmental groups say automakers exaggerate the difficulty of meeting carbon dioxide emissions goals. To meet climate goals, automakers are ramping up the development of electric vehicles that have zero emissions during driving. Still, battery-only vehicles have been slow to catch on with consumers and made up only 0.6 percent of European Union auto sales last year. One of the fastest growing sales categories has been sport-utility vehicles, which customers snap up due to their perceived practicality, but which tend to be larger and get worse mileage.

Automakers currently are pushing to meet a 2021 goal of 95 grams of carbon dioxide per driven kilometer on average. The 2030 goals now under discussion would be still lower than that.

One reason was a falling number of diesel cars in the sales mix. Diesels are some 15-20 percent more efficient than gasoline engines and automakers had been counting on them to play a bigger role in meeting the emissions goals. But diesel sales have plunged in the wake of Volkswagen's 2015 scandal over cars. 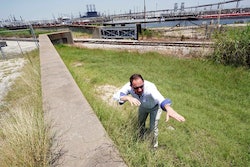 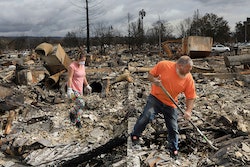 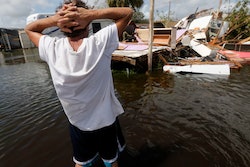