Engineered nanoparticles are not regulated, and their prevalence in the environment is poorly understood. 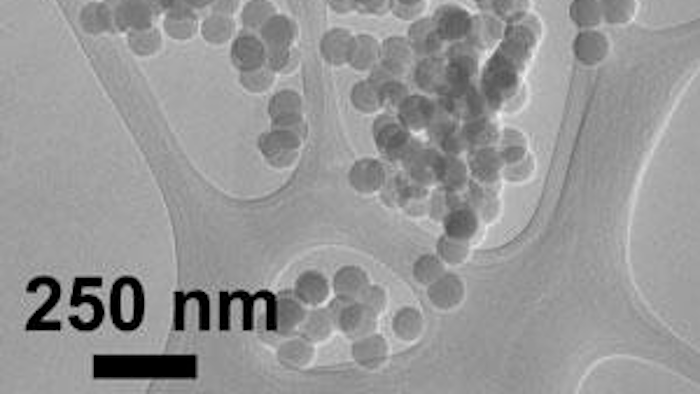 Short-term exposure to engineered nanoparticles used in semiconductor manufacturing poses little risk to people or the environment, according to a widely read research paper from a University of Arizona-led research team.

Co-authored by 27 researchers from eight U.S. universities, the article was published in the Royal Society of Chemistry journal Environmental Science Nano in May 2015. The paper, which calls for further analysis of potential toxicity for longer exposure periods, was one of the journal's 10 most downloaded papers in 2015.

"This study is extremely relevant both for industry and for the public," said Reyes Sierra, lead researcher of the study and professor of chemical and environmental engineering at the University of Arizona.

Nanoparticles are smaller than 100 nanometers. At one-millionth the size of the head of a pin, one-thousandth the width of a human hair, they are some of the smallest materials known. They can exist naturally -- in soot, for example -- but have been engineered only in the last 30 years.

Designing and studying nano-scale materials is no small feat. Most university researchers produce them in the laboratory to approximate those used in industry. But for this study, Cabot Microelectronics provided slurries of engineered nanoparticles to the researchers.

"Minus a few proprietary ingredients, our slurries were exactly the same as those used by companies like Intel and IBM," Sierra said. Both companies collaborated on the study.

Chemical mechanical planarization is the process used to etch and polish silicon wafers to be smooth and flat so the hundreds of silicon chips attached to their surfaces will produce properly functioning circuits. Even the most infinitesimal scratch on a wafer can wreak havoc on the circuitry.

Researchers at the UA and around the world are studying the potential effects of these tiny and complex materials on human health and the environment.

"One of the few things we know for sure about engineered nanoparticles is that they behave very differently than other materials," Sierra said. "For example, they have much greater surface area relative to their volume, which can make them more reactive. We don't know whether this greater reactivity translates to enhanced toxicity."

These concentrations are much higher than would be expected in the environment, Sierra said.

Using a variety of techniques, including toxicity bioassays, electron microscopy, mass spectrometry and laser scattering, to measure such factors as particle size, surface area and particle composition, the researchers determined that all four nanoparticles posed low risk to the human and bacterial cells.

"These nanoparticles showed no adverse effects on the human cells or the bacteria, even at very high concentrations," Sierra said. "The cells showed the very same behavior as cells that were not exposed to nanoparticles."

"Think of a fish in a stream where wastewater containing nanoparticles is discharged," Sierra said. "Exposure to the nanoparticles could be for much longer."