The research links a surge in the injection of wastewater underground with an unusual jump in seismic activity in and around the Tejon Oilfield. 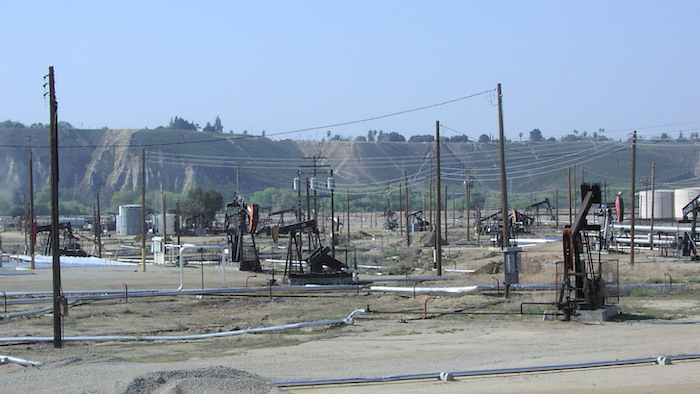 (AP) — A 2005 spate of quakes in California's Central Valley almost certainly was triggered by oilfield injection underground, a study published Thursday said in the first such link in California between oil and gas operations and earthquakes.

Researchers at the University of California at Santa Cruz, the University of Southern California and two French universities published their findings Thursday in a publication of the American Geophysical Union. The research links a local surge in injection by oil companies of wastewater underground, peaking in 2005, with an unusual jump in seismic activity in and around the Tejon Oilfield in southern Kern County.

In Oklahoma and other Midwestern states, the U.S. Geological Survey and others have linked oilfield operations with a dramatic surge in earthquakes. Many of those quakes occur in swarms in places where oil companies pump briny wastewater left over from oil and gas production deep underground.

"It's important to emphasize that definitely California is not Oklahoma," lead author Thomas Goebel at the University of California at Santa Cruz said Thursday. "We don't really expect to see such a drastic increase in earthquake occurrences in California given different oilfield methods and geology in the two areas."

In Kern County, the shaking topped out on September 22, 2005, with three quakes. The biggest magnitude was 4.6.

Researchers are now studying other areas of the state to see if California's high level of shakiness is obscuring other seismic activity possibly linked to oilfield activity. California is the country's No. 3 oil-producing state.

Catherine Reheis-Boyd, president of oil-industry group the Western States Petroleum Association, said the organization is reviewing the study, but said it calls for careful monitoring.