Will OSHA Mandates Result in Compliance?

OSHA offers rulings on several critical areas impacting manufacturing, but it’s up to businesses to make them work. 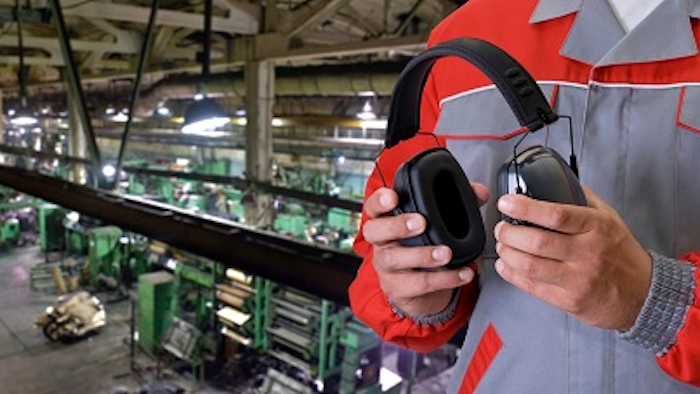 OSHA can have a huge impact as it efforts toward establishing standards with the worker in mind, but manufacturers themselves must also be diligent when enforcing these rules within their own workplace. In manufacturing, safety compliance can be underscored by the idiom of “one hand washing the other.” A safer plant means less risk for everyone participating in the production process, and lower costs and turnover for upper management. But it’s easier said than done, and it’s important to look at both shifts in regulation, and strategies for enforcing them.

OHSA’s recent update to the Hazard Communication Standard (HCS) was designed to provide a common and coherent approach to classifying chemicals and communicating hazard information on labels and safety data sheets, aligning it with the Globally Harmonized System of Classification and Labeling of Chemicals (GHS). This update, says OSHA, will also help reduce trade barriers and result in productivity improvements for American businesses that regularly handle, store, and use hazardous chemicals while providing cost savings for those that periodically update safety data sheets and labels for chemicals covered under the hazard communication standard.

It's been a 2 ½ year process, but the compliance requirements for OSHA’s revised HCS are reaching their conclusion this year. In June, applicable workplaces will be required to have phased in an updated alternative workplace labeling and hazard communication program as necessary, and provide additional employee training for newly identified physical or health hazards.

John McDermott, senior manager on the Safety team for Grainger, the multi-billion-dollar industrial supplier, suggests that the changes have some manufacturers scrambling to ensure they’re on the right track. “It’s been a couple year journey that OSHA has had industry on, as it relates to GHS compliance. So what we’re commonly seeing, at the last minute here, is people really starting to pay attention to it, and make sure that their employees – who may have had some training when the standard first started rolling out – are actually re-visiting that to make sure that everybody is aware of what the new labels mean, and how to understand them,” he explains.

Hazard identification is a gap that many manufacturers have in their safety programs, says McDermott. “The hazard identification and hazard control typically fall into areas of opportunity that include signage and communication, lockout/tagout and machine guarding, and it’s not uncommon to see things around spill containment and control. As a result, oftentimes we will see things like slips, trips and falls.” Incidentally, slips, trips and falls regularly lands on the top 10 most cited safety violations list for OSHA, with fall protection taking the number one slot in 2015.

Slips, trips and falls often result from dust accumulation on surfaces, but some of this dust carries a much more serious risk. In late March, OSHA issued a final rule designed, the organization says, “to curb lung cancer, silicosis, chronic obstructive pulmonary disease and kidney disease in America's workers by limiting their exposure to respirable crystalline silica.”

OSHA estimates that 2.3 million workers are exposed to respirable crystalline silica in their workplaces, including 2 million construction workers who drill, cut, crush, or grind silica-containing materials such as concrete and stone, and 300,000 workers in general industry operations such as brick manufacturing, foundries, and hydraulic fracturing. The rule, says OSHA, will save over 600 lives and prevent more than 900 new cases of silicosis each year, once its effects are fully realized.

The rule is comprised of two standards, one for Construction and one for General Industry and Maritime, and key provisions include:

• A reduction in the permissible exposure limit (PEL) for respirable crystalline silica to 50 micrograms per cubic meter of air, averaged over an 8-hour shift.

• Required medical exams to monitor highly exposed workers and gives them information about their lung health.

The final rule takes effect in June of 2016, and general industry has two years to comply.

Despite what appears to be a cut and dry safety measure, it’s not been without controversy. Secretary of Labor Tom Perez said this ruling was 40 years in the making, and "Many people who are going to work right now and breathing unacceptable levels of silica dust are in for a brighter future." Yet NAM (National Association of Manufacturers) president and CEO Jay Timmons slammed the ruling, calling it “fundamentally flawed.” In a statement, Timmons said OSHA ignored the input of the manufacturing community, which will result in a regulation that costs billions. “Not only does this rule rely on appallingly out-of-date economic data, it also drastically underestimates the exorbitant costs that will be inflicted on manufacturers and the entire economy and requires mandates that simply are not feasible to achieve,” Timmons said.

PPE: The Last Line of Defense

Despite some of these rulings designed to improve safety conditions for manufacturing workers, Grainger’s McDermott says personal protective equipment (PPE) is the last line of defense and, therefore, critical to maintaining a safe working environment. “When we can’t engineer out the hazard or we don’t have ways to provide administrative controls or workplace practices, then using PPE is really important,” says McDermott.

For anyone working in the manufacturing industry, this rate of growth should come as no surprise. Industrial businesses are increasingly looking to preventive measures as methods for overall cost savings, and potential safety incidents are some of the costliest risks a business can carry.

Editor’s Note: If you have a few minutes, check out OSHA’s “Safety Pays” – a web portal that allows a business to assess the impact of occupational injuries and illnesses on their profitability, using a company's profit margin, the average costs of an injury or illness, and an indirect cost multiplier to project the amount of sales a company would need to cover those costs: www.osha.gov/dcsp/smallbusiness/safetypays

McDermott adds that a big part of the PPE equation is understanding the work conditions and the hazards a team member is exposed to, so “then we can make sure that they’re getting the right level of personal protective equipment and that it’s a good fit, and comfortable.”

Failure to don PPE has been a recurring problem for many manufacturers. Gloves that are cumbersome or hot, or eyewear that rubs uncomfortably above the ears or nose could have catastrophic results when a production employee decides to remove them and then suffers a more extreme injury. From McDermott’s perspective, a strong PPE compliance program should have its roots in inventory management.

Grainger’s KeepStock inventory management program is designed to keep critical items like PPE as close to the user as possible, in order to improve compliance. As a secondary measure, reporting tools can shed some light on underlying issues.  For example, “If the EH&S decision maker is not seeing consumption of that PPE, that might be an indicator that there is some underlying current that’s happening,” says McDermott. “Perhaps the equipment isn’t comfortable. Perhaps a new set of employees showed up, and maybe there is a training issue that needs to happen… there could be a variety of different reasons, but it gives the safety decision maker access to information typically not had until, unfortunately, an incident has occurred. And then in the due diligence of discovering why the incident happened, these other root causes surface.”

The DOL’s silica ruling will result in the need for equipment like vacuums (for controlling the dust), but also PPE like respirators. Critical to the success of the measures will be whether those employees most at risk can mitigate their risk of breathing in the dangerous dust. “We like to see team members involved in the selection process so that they are able to find product that they’re going to wear,” says McDermott. “Because if it’s not comfortable, they’re not going to wear it.”

California Growers Can't Take Much to the Bank