Is 'Cash for Clunkers' Coming Back?

Industry insiders think drastic action needs to be taken and Clunkers was a hit in 2009.

Many of us remember little more about “Cash for Clunkers” than its goofy name.

Developed during the Great Recession, the program ran through July and August of 2009 with the intention of providing a boost to the ailing automotive industry.

You see, it wasn’t that long ago that the Big 3 each took a financial hit so hard that two of them underwent restructuring at the hands of the government. It was a crippling few years for the country’s largest carmakers, and as COVID-19 threatens an economic outcome that could be even worse, some industry insiders think drastic action needs to be taken.

In 2009, that action was “Cash for Clunkers,” a program that allowed consumers to trade in, basically, any old piece of junk vehicle for a maximum $4,500 credit towards the purchase of a new vehicle.

According to Motor Trend, we could see a similar policy enacted again soon and it could be even bigger than the first ‘Clunkers’ effort, which stimulated about $14 billion in auto purchases.

Morgan Stanley auto industry analyst Adam Jonas reportedly expects more money to be allocated this time around, and for a longer period of time. The goal would be to generate around $50 billion in auto industry transactions in a six-month timeframe beginning this fall. Hopefully by then automakers will have been able to resume enough production to fill inventory gaps.

But whether there’s a Clunkers revival or not, Jonas expects that the auto industry is going to be permanently changed by COVID-19. As work-from-home has become more accepted and encouraged, there could be less commuting over the long term which means fewer cars on the road. 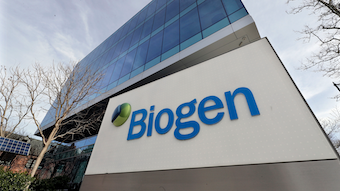