Previous corporate rescues actually made money for the US Treasury. 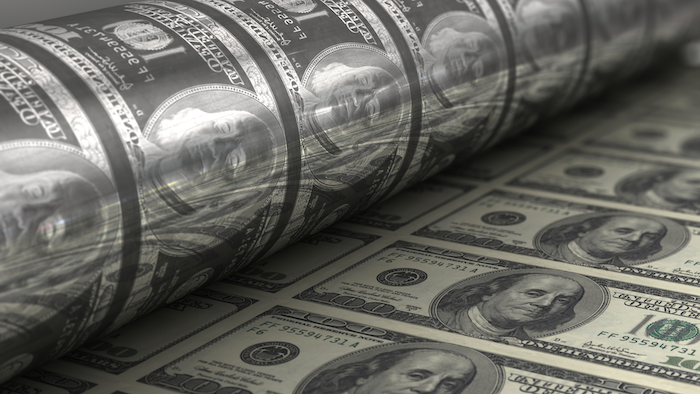 The U.S. government has now pledged almost US$3 trillion to save the economy and Americans from the coronavirus recession.

Most of that is aimed at individual Americans in the form of additional unemployment insurance or the so-called economic impact checks. About $1.2 trillion – and counting – represent bailouts for American companies, large and small.

And more than 60% of that is in the form of grants or other financial assistance that will likely become grants – funds that will not be recovered by taxpayers. The Congressional Budget Office estimated on April 23 that the company-related coronavirus bailouts, excluding the fourth one just signed into law, will ultimately cost more than $400 billion over 10 years. Given that most of the latest bailout, worth $484 billion, will most likely end up becoming grants to small businesses as well, the price tag is bound to get a lot higher.

It may not come as a surprise that taxpayers ultimately foot the bill when lawmakers spend their money to bail out a corporate industry – such as Wall Street during the Great Recession – or the entire economy today. But this is actually the exception, not the rule.

The truth is, as my research shows, the vast majority of business bailouts passed by Congress over the past half century have either broken even or generated a profit.

As part of my ongoing research on economic policymaking during recessions, I studied 10 corporate bailouts approved by Congress since 1969.

I only looked at bailouts that involved direct assistance – in the forms of loans, guarantees, grants or capital injections – by Congress to a company or industry in financial distress. I excluded the Savings and Loan crisis of the 1980s and 1990s because that was less of a bailout and more of an expensive regulatory wind-down. All of the figures below have been adjusted for inflation.

I found that half of the bailouts made a clear profit for taxpayers.

For example, Lockheed Martin ran into financial difficulties in 1971 because the planes, helicopters and other military equipment it was making for the U.S. Department of Defense cost more than the Pentagon agreed to pay, which led to significant losses and fees. The defense contractor pinned its survival on making money off its state-of-the-art TriStar airliner but struggled to secure enough financing to finish the project.

Congress, concerned with the loss of at least 25,000 jobs if Lockheed went bankrupt, provided Lockheed with a lifeline in the form of loan guarantees. That is, it agreed to back a $1.62 billion private loan in exchange for a fee. Although the TriStar was a flop, it was enough to keep Lockheed solvent, and taxpayers earned $198 million.

Similarly, automaker Chrysler found itself in financial peril in late 1979 in part due to its slow reaction to market shifts brought about by the 1970s energy crisis. Consumers wanted more fuel efficient cars; Chrysler made too many gas guzzlers. Post-bailout studies suggested the company was headed toward insolvency.

The potential loss of 250,000 jobs and the adverse impact on automotive dealers and suppliers spurred Congress to offer Chrysler up to $4.98 billion in loan guarantees. As a precondition for this help, Chrysler, in addition to paying fees on the loans, granted the U.S. government rights to buy 14.4 million company shares at a set price. This arrangement provided taxpayers with $1.03 billion – on $4 billion worth of loans – when the government sold the shares in 1983.

And more recently, Congress pledged trillions of dollars saving the financial system in 2008. For my purposes, I split the aid to companies into four distinct bailouts, three of which made large profits.

One in particular, the much-deridedTroubled Asset Relief Program, was a $854 billion bailout for financial companies. Ultimately, $382 billion was dispersed to Wall Street firms like Citigroup, JPMorgan and AIG in exchange for preferred stock and other compensation. Taxpayers earned $32.5 billion.

A separate bailout to Fannie Mae and Freddie Mac was even more lucrative. The U.S. government received preferred stock for the $234 billion invested in the two housing giants. Taxpayers got its money back as well as $123 billion in profits.

There were also two bailouts – for the Farm Credit System in 1987 and the Steel and Oil and Gas industries in 1999 that likely made money, but I was unable to find all the details necessary to do the full analysis. At a minimum, my review suggests both broken even.

Three bailouts approved by Congress since 1969 cost taxpayers’ money. In two of the cases, this was by design.

The railroad industry, from 1960 to 1970, saw its total net income cut in half due, in part, to mismanagement, market shifts in transportation from rail to vehicles and poor oversight by regulatory agencies. Its collapse not only ensured a large spike in unemployment, it meant losing a mode of transportation that, at the time, moved 41% of the nation’s goods and shipped U.S. military equipment domestically.

Congress, seeing this industry as vital to U.S. commerce and defense, wanted to ensure the railroad industry remained afloat. Beginning in 1970, several ailing railroad companies received $25.3 billion worth of loan guarantees and grants that were never meant to be repaid. Eventually, seven bankrupt rail companies were consolidated into one profit-making corporation on the taxpayers’ dime.

The terrorist attacks on 9/11 shut down the national aviation system for three days and significantly reduced airline traffic for the remainder of 2001. The airline industry, which made up close to 10% of U.S. GDP at the time, was expected to lose $5 billion by the end of 2001.

Congress quickly provided the industry with $22.1 billion in financial assistance to ensure its stability and viability. A third of this assistance came in the form of grants never meant for repayment as compensation for losses stemming from 9/11 and the three-day shutdown of the national aviation system. The remainder came in the form of loan guarantees that produced a slight profit.

And with extra money left over from the Troubled Asset Relief Program, the U.S. Treasury loaned automakers General Motors and Chrysler and their financing units about $97.2 billion in exchange for the right to purchase stock at a set price. This was in addition to a $30.5 billion loan issued in September 2008 to finance more fuel-efficient cars. While most of the aid actually disbursed was paid back, taxpayers lost $14.9 billion after both companies went bankrupt.

Like the bailouts for the railroad and airline industries, a large chunk of the coronavirus aid is never meant to be paid back.

As long as small businesses keep workers on their payrolls, they won’t have to pay back the $659 billion in total assistance under the payroll protection program.

The airline industry has received $61 billion in financial assistance from Congress, including a little more than half in grants. Small passenger airlines, the bulk of applicants, will not repay this assistance, while large airlines are expected to.

Congress also authorized Treasury Secretary Steven Mnuchin to provide distressed corporations and state and local governments with up to $454 billion in loans and $17 billion for public companies deemed critical to national security. Taxpayers will get interest and possibly equity stakes in some cases.

At the end of the day, Congress knows that when literally tens of millions of jobs, millions of small businesses and dozens of vital industries are at stake, you don’t haggle over the details. You just rescue them.

This article is republished from The Conversation under a Creative Commons license. Read the original article here: https://theconversation.com/coronavirus-bailouts-will-cost-taxpayers-hundreds-of-billions-of-dollars-unlike-past-corporate-rescues-that-actually-made-money-for-the-us-treasury-136138.