A court had ruled that the employee’s death was work-related. 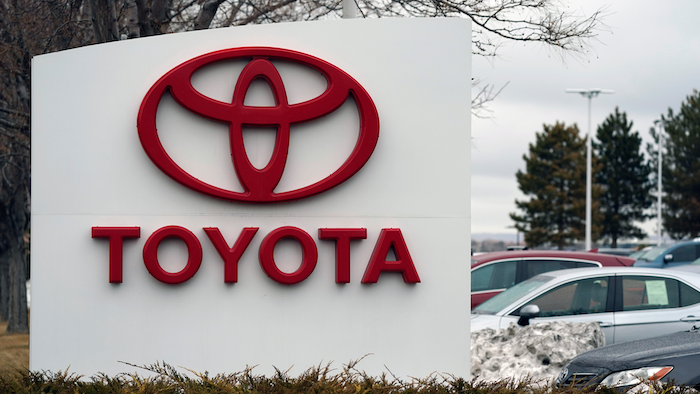 Toyota announced Tuesday, Feb. 1, 2022, that it has settled a lawsuit that blamed overwork and harassment for the suicide of one of its employees.
AP Photo/David Zalubowski, File

TOKYO (AP) — Toyota has settled a lawsuit that blamed overwork and harassment for the suicide of one of its employees.

Toyota Motor Corp. President Akio Toyoda has apologized to the family, the Japanese automaker said Tuesday. Monetary details of the settlement were not disclosed. The lawsuit filed by the worker’s family had sought 123 million yen ($1.1 million) in damages, Japanese media reports said.

The wife told reporters she felt her husband, then 40, would have understood and she believes Toyota has the opportunity to change for the better.

Toyota promised an investigation into the case to prevent a recurrence and apologized for the family's suffering.

“We are now trying to create a more transparent workplace environment that makes it easier for people to speak up, as well as a management that’s free of power harassment, so that each and every employee can work without fear,” it said in a statement.

Deaths from overwork and on-the-job stress, including suicides, are a common problem in workaholic Japan. Troubles with abusive bosses also have been gaining attention.

The Nagoya High Court ruled in September the employee’s death was work-related, noting he suffered severe stress at work before his suicide in 2010. Toyota, based in Toyota city, near Nagoya, had initially contested the allegations.

In 2019, Toyota acknowledged a 2017 suicide of a 28-year-old engineer was caused by constant ridicule from his boss.

Japanese people are reputed to be extremely loyal to their companies, often sacrificing their personal well-being and putting in enormous amounts of overtime, while taking pride in being part of a company.

The government received 2,835 complaints of deaths from overwork, or “karoshi,” in 2020. Compensation was paid in more than 800 cases, including suicides.