The decision caps a decade-long dispute over U.S. duties on some Chinese goods. 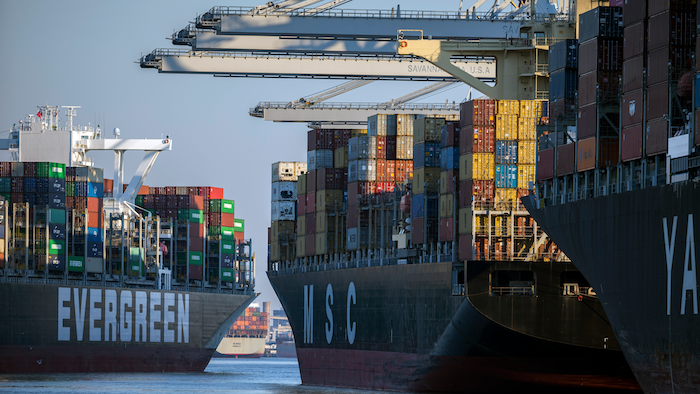 Container ship Ever Far, left, sails down river past the Port of Savannah, Ga., Sept. 29, 2021.
AP Photo/Stephen B. Morton

GENEVA (AP) — A World Trade Organization arbitrator has decided that China can impose retaliatory tariffs on imports from the United States totaling up to $645 million a year, capping a decade-long dispute over U.S. duties on some Chinese goods.

The dollar-value award issued Wednesday follows a decision in July 2019 from the WTO’s dispute resolution process, which the United States has since gummed up by refusing to allow for new judges to be appointed to its body that acts as a sort of appeals court.

China had originally sought an award of $2.4 billion per year, while the U.S. had argued that fair compensation would have totaled no more than $106 million annually.

The ruling allows China to take action to balance out what the WTO ruled were unfair U.S. fees on some Chinese goods, including thermal paper, solar panels, wind towers, steel sinks and several types of pipes.

The standoff pre-dates a string of trade disputes between the United States and China through the WTO during the Trump administration.

China still has not applied retaliatory penalties on U.S. goods up to an amount of nearly $3.6 billion that were authorized by a WTO arbitrator in a separate decision in November 2019.