Company calls for House to take swift action to 'support the American people'. 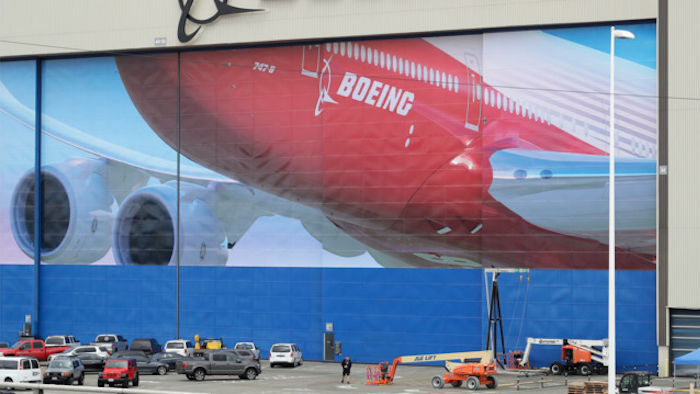 A worker walks near a mural of a Boeing 747-8 airplane at the company's manufacturing facility in Everett, Wash., Monday, March 23, 2020, north of Seattle.
AP Photo/Ted S. Warren

On Wednesday night, a $2.2 trillion aid package was unanimously approved by the senate.

The CARES Act was written by Trump administration officials and Democratic and Republican Senate leaders.

On Thursday morning, Boeing issued the following statement on the CARES Act:

We thank the Administration, especially the President and Secretary Mnuchin, as well as the Senate for working together to take swift bipartisan action to support the American economy, including the 2.5 million jobs and 17,000 suppliers that Boeing, the aerospace industry and the U.S. rely on to maintain our world leadership in commercial, defense and services. The bill’s access to public and private liquidity, including loans and loan guarantees, is critical for airlines, airports, suppliers, and manufacturers to bridge to recovery.

Boeing’s top priority is to protect our workforce and support our extensive supply chain, and the CARES Act will help provide adequate measures to help address the pandemic. We have also taken a number of measures for affordability and liquidity as we navigate the challenges our industry currently faces, including forgoing pay for our CEO and board chairman, suspending our dividend until further notice, and extending our existing pause of any share repurchasing until further notice.

We appreciate the House taking swift action to support the American people.