The lawyer is involved in two other federal cases where he's charged with swindling clients, including cheating Stormy Daniels out of book proceeds. 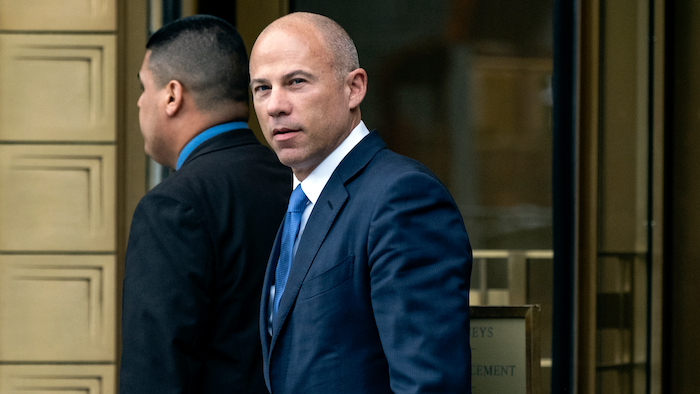 NEW YORK (AP) — Defense attorneys asked a federal judge Saturday to prevent prosecutors from quizzing Michael Avenatti about other criminal charges he faces should he decide to testify about allegations he tried to extort Nike for millions of dollars.

Questions about those topics could create "a trial within a trial," Avenatti's attorneys wrote, and distract the jury tasked with deciding whether Avenatti used his fame to try to extract up to $25 million from Nike with threats of publicizing misdeeds by Nike executives.

Avenatti's decision to testify — or not — could hinge on whether U.S. District Judge Paul G. Gardephe grants his request to limit his cross-examination to questions about the Nike charges.

"While the extortion and honest services fraud crimes with which he is charged in this case are not insignificant, they do not deliver anything close to the emotional gut-punch of the charges against Mr. Avenatti in the other matters," the defense attorneys wrote. "Even with a limiting instruction, the jury cannot possibly be expected to dispassionately weigh this evidence."

Prosecutors are expected to rest their case against Avenatti on Monday in Manhattan federal court. They indicated they would seek to ask about Avenatti's financial condition, his handling of the book proceeds for Daniels and allegations he cheated clients and others out of millions of dollars in Los Angeles.

Avenatti maintains he did nothing wrong and that his dealings with Nike in March 2019 were consistent with what lawyers do every day in negotiations on behalf of clients.