He admitted to conspiring with others to conceal the use of union cash for vacation villas, golf, cigars and booze. 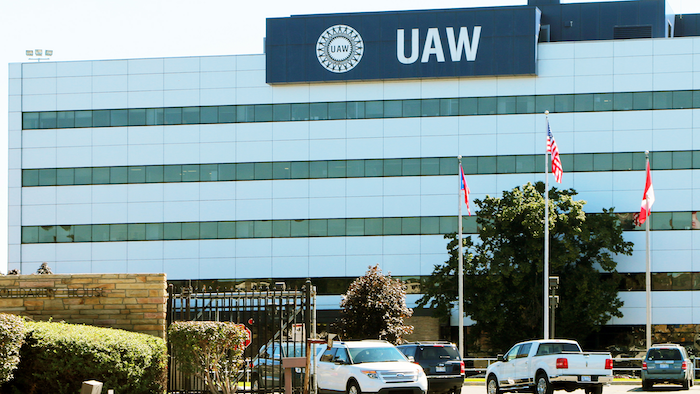 DETROIT (AP) — A former senior official at the United Auto Workers pleaded guilty Friday to a broad corruption scheme, admitting that he conspired with others to conceal the use of union cash for vacation villas, golf, cigars and booze. Vance Pearson was based in the St. Louis area as director of UAW's Region 5, which covered more than a dozen states. His conviction is significant because he worked closely with Gary Jones, who had Pearson's job before becoming national president in 2018.

Jones hasn't been charged in a corruption probe that has netted nine guilty pleas from union officials and a spouse, and three more from Fiat Chrysler employees. But agents searched his Detroit-area home in August under the eye of local TV news cameras. Jones and Pearson resigned their union posts in November. Pearson is cooperating with federal agents, according to his plea agreement.

"The UAW needs to be led by men and women of integrity who are dedicated to bettering the lives of the hard-working members of the union, not dedicated to lining their own pockets," Detroit U.S. Attorney Matthew Schneider said.

Pearson pleaded guilty to a single charge of conspiring to embezzle union money and use a tool of interstate commerce to aid racketeering. His involvement in the embezzlement was limited to an amount between $250,000 and $500,000, the plea deal states.

"Pearson and other UAW officials spent hundreds of thousands of dollars in UAW funds to rent villas in gated communities in Palm Springs for senior UAW officials for long periods of time outside of the dates set for the UAW conferences," the U.S. Attorney's Office said. "In one instance, a high-level UAW official received the use of a Palm Springs villa for four months, all paid for with UAW funds," prosecutors said.

The scandal has greatly embarrassed the UAW, which was in contentious contract negotiations last year with General Motors amid unflattering headlines about excesses by the union's top brass. The UAW said it continues to make changes "so this type of conduct cannot happen again."