Cost of Juul Stake Continues to Mount for Marlboro Maker

The $13B investment is being plagued by federal and state health investigations. 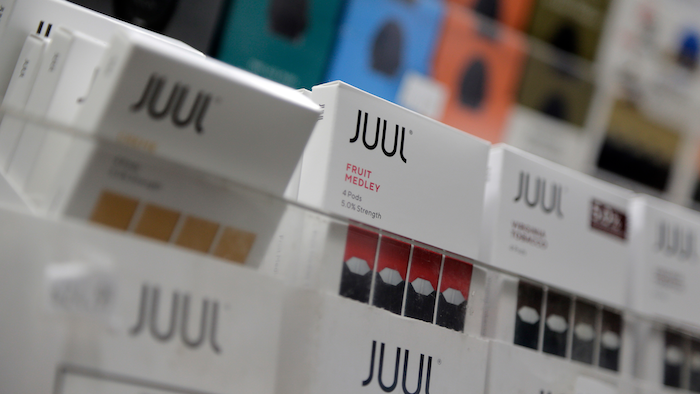 The company that makes Marlboro cigarettes saw in late 2018 the opportunity to offset declining tobacco sales with a $13 billion investment in Juul, the e-cigarette maker. That investment has come at a tremendous cost, the latest a $4.1 billion hit announced Thursday by Altria as legal cases against the company continue to mount. That follows a $4.5 billion writedown in October, when Altria slashed the value of its investment in Juul Labs by a third.

Since October, the company said the number of legal cases against Juul have spiked 80 percent.

Juul has been hit by new federal and state investigations into its marketing amid an explosion of underage vaping among teenagers. Separately, an outbreak of lung injuries tied to vaping pressured the market for e-cigarettes. Federal officials have since identified a thickening agent added to illicit THC vaping liquids as the culprit behind the "vast majority" of the lung injuries.

Tobacco companies like Philip Morris International are attempting to develop new technologies that could serve as an alternative to traditional tobacco use as those sales fade. Smoking has been declining for more than five decades. Some 42 percent of U.S. adults smoked in the early 1960s. That was down to 14 percent in the latest report from the Centers for Disease Control and Prevention.

Efforts to capitalize on new technologies such as e-cigarettes is crucial for companies like Altria, which took a 35 percent stake in Juul at the end of 2018. But few saw the risks involved.

The Richmond, Virginia, company on Thursday reported that it had swung to a loss in the fourth quarter from the associated costs, citing burgeoning legal cases that it expects to grow.

It also announced revised terms for its investment in Juul. Juul will restructure its board to include two directors designated by Altria, three independent directors, the Juul CEO and three directors designated by Juul stockholders other than Altria. The board restructuring will take place once Juul receives antitrust clearance from the Federal Trade Commission. Juul will add a nominating committee and a litigation oversight committee to its existing compensation and audit committees once it receives antitrust clearance.

Altria Group Inc. now expects no earnings contributions from Juul through 2022, and it's lowering its adjusted earnings growth forecast for 2020 through 2022 to between four percent and seven percent. It previously had forecast five percent to eight percent growth.

For 2020, Altria anticipates adjusted earnings of $4.39 to $4.51 per share. Analysts polled by FactSet predict $4.45 per share. Shares fell one percent before the market opened.