What to Know for Year 2 of the Trump Tax Plan 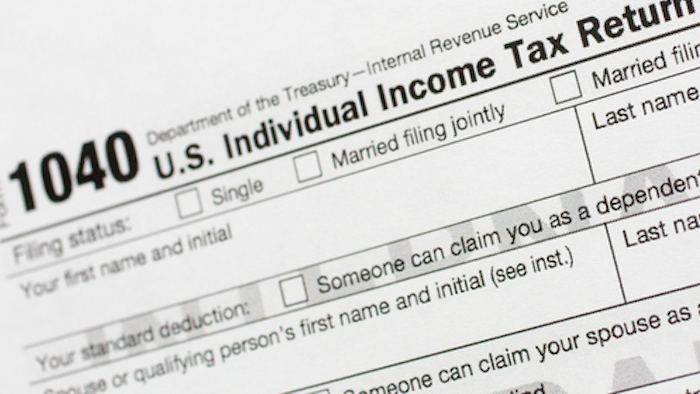 The IRS began accepting and processing tax returns for individuals on Monday.

Last year’s filing season was an adjustment for taxpayers and industry professionals alike as it was the first under a massive overhaul of federal tax law. While this year’s season is expected to be more sedate, there are a few tweaks to be aware of.

The standard deduction doubled under the new tax law that took effect in 2018. In turn, the number of taxpayers who took that instead of itemizing on their taxes jumped sharply. An estimated 90% of taxpayers are expected to take the deduction this year.

While the standard deduction usually increases each year for inflation, it’s worth keeping the figure in mind as taxpayers adjust to the new system. Some people may still want to run through the exercise of deciding whether to itemize or not. The decision comes down to whether your deductible expenses are greater than the standard deduction. Tax preparation software or a tax professional can walk you through this with ease.

Anyone who got divorced after 2018 and pays alimony can no longer deduct alimony payments. And ex-spouses who receive alimony are no longer required to claim it as income. Got divorced before 2018? The old rules still apply unless you update your decree to state specifically that the new rules are reflected.

Congress recently passed a bill that include a few tax extenders, which renew tax provisions that had expired or were going to expire soon. Here are a handful that you may want to take note of:

The IRS considers that canceled debt as income and therefore subject to taxes. However, there had long been a provision that would waive this if the foreclosure was on a primary residence. Last year, that was not the case.

The waiver has now been reinstated and is extended retroactively, so people who had to pay tax on a canceled debt of this sort can file an amendment. Pickering says this is a provision that impacts few people but “has an extraordinary financial impact.”

— To claim medical expenses on your taxes, the total must exceed a certain percentage of your adjusted gross income. That threshold was set to go up to 10% this year, making it harder for as many people to qualify. But the law extended the prior threshold of 7.5%.

The IRS has been trying to keep up with the popularity of cryptocurrency, such as Bitcoin. Tax experts say it’s a grey area that is slowly being clarified. But for now, cryptocurrency is generally seen as property not currency. So, anyone who trades in it faces the same tax implications as if they were trading stock.

The IRS said it is aware many taxpayers have improperly reported or failed to report transactions in the past. As such, it is increasing its educational efforts and criminal investigations. Additionally, all taxpayers will have to answer a question about their involvement in any virtual currency transactions. If they have received, sold, sent, exchanged or otherwise acquired any virtual currency, they must fill out a new form.

Tax experts say there may still be some confusion but suggest anyone who does trade cryptocurrency should keep close track of all their own activity to make sure they are not stepping on the wrong side of the law.

The IRS has long offered options for many taxpayers to file online for free, but it may be a bit easier to navigate this year.

Taxpayers can use the IRS Free File system, which is provided by a number of tax preparation companies, if they make less than $69,000 a year.

However, reporting by non-profit news organization ProPublica found that some tax preparation companies had added code to their Free File pages that hid them from search engines and diverted many users to paid products. The IRS has since updated its agreement with the tax prep industry and the companies are barred from hiding their free products.

Other options to file for free remain intact. These include those provided by the Volunteer Income Tax Assistance Program or Tax Counseling for the Elderly, offered by AARP, as well as the IRS Free File Fillable forms, which are electronic versions of its paper forms.