He was charged with an embezzlement conspiracy. 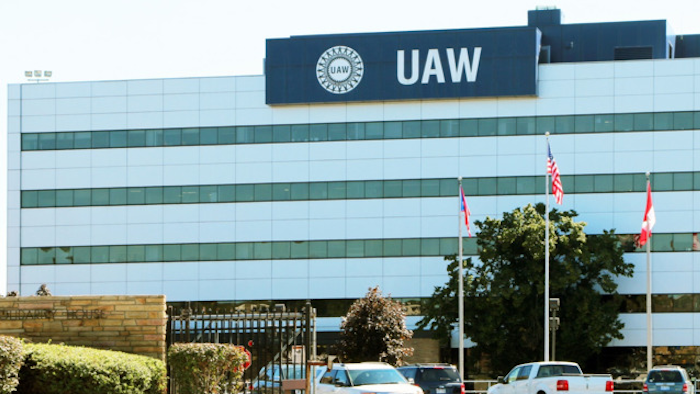 DETROIT (AP) — Federal prosecutors on Monday filed a revised charge against a former United Auto Workers official, signaling that another plea deal is likely in the government's investigation of corruption at the Detroit-based union.

Vance Pearson, a former UAW regional director in the St. Louis area, was charged with an embezzlement conspiracy.

Pearson was first charged in September in a sweeping criminal complaint that placed him in an alleged scheme to embezzle union money and spend cash on premium booze, golf clubs, cigars and swanky stays in California.

The new charge was filed as a criminal "information,” which is negotiated without grand jury review and typically leads to a guilty plea. A message seeking comment was left for Pearson's attorney.

Pearson worked under Gary Jones in Missouri before Jones was promoted to UAW president in 2018. Jones hasn't been charged, but agents searched his Detroit-area home last summer. Both men resigned their union posts in November.

Pearson is accused of telling the union that $19,000 in expenses in 2016 were for meals when the money actually was spent on behalf of UAW officials for clothing, golf fees and tips for caddies, according to the Monday court filing.

Pearson also concealed $13,000 in cigars by tucking the purchase into the costs of a union conference, the document said.

Ten people with ties to the UAW have been charged in the corruption investigation; eight have pleaded guilty, including the widow of a union vice president. Three people who worked at Fiat Chrysler have been convicted.