HE was freed for medical reasons after being sentenced to 25 years in prison in one of the largest corporate accounting scandals in U.S. history.

NEW YORK (AP) — A former top executive sentenced to 25 years in prison in one of the largest corporate accounting scandals in U.S. history was ordered freed from prison Wednesday for medical reasons.

U.S. District Judge Valerie E. Caproni ordered the release of former WorldCom chief Bernard Ebbers after hearing lawyers discuss his medical problems. Ebbers was not in court and his lawyers said he was hospitalized Wednesday.

Several family members for Ebbers who attended the proceeding rejoiced, sobbing and hugging one another, when the judge announced her ruling. She said she'll issue a written ruling explaining her reasons at a later time.

“I'll get to hold his hand,” one woman called out. Another threw her arms into the air as the judge stepped down from the bench.

Caproni said it fell within her discretion to order the early release after a lawyer cited severe medical problems for the 78-year-old Ebbers and said his weight had dropped from above 200 pounds to 147 pounds last week.

The Mississippi-based WorldCom collapsed and went into bankruptcy in 2002, causing losses to stockholders, including people who had invested through retirement plans.

The collapse followed revelations of an $11 billion accounting fraud that included pressure by top executives on subordinates to inflate numbers to make the company seem more profitable.

WorldCom emerged from bankruptcy in 2004 and rebranded itself MCI, the name of a telecommunications company WorldCom bought years earlier. During bankruptcy, the company moved its headquarters from Clinton, Mississippi, to Ashburn, Virginia. In 2006, Verizon Communications bought MCI.

The judge said she had received letters from some who never recovered from huge financial losses to say he should be left to die in prison.

But other letters were written in support.

Ebbers was convicted in New York in 2005 on securities fraud and other charges and received a 25-year sentence. He has been imprisoned since September 2006.

Attorney Graham Carner told the judge that Ebbers' health had gone into such steep decline that it was possible he might not live another 18 months. Among other problems, he suffers heart disease, he said.

“The situation for Mr. Ebbers is dire,” he said.

He said Ebbers was transferred Wednesday to a private hospital from the Federal Medical Center in Ft. Worth, Texas, facility where he has been housed.

He said a colonoscopy scheduled for earlier this week was postponed because Ebbers was not medically fit for it.

Last week, he told the judge in a letter that Ebbers was taken to a private hospital because he was believed to be suffering from urinary sepsis, a potentially life threatening condition.

Assistant U.S. Attorney Jason Cowley told the judge that releasing Ebbers early would send “a terrible message to the rule of law” because it would cut his sentence in half.

He said prosecutors agreed that Ebbers had suffered deterioration in prison, including the loss of his vision and a troubling weight loss.

“I'm not as concerned about the vision as I am by the fact he seems to be wasting away,” Caproni said.

She noted that Ebbers is over 6 feet tall and was severely malnourished.

Carner said former federal Judge Barbara Jones, who sentenced Ebbers, agreed that justice had been served and he should be released.

Carner said the man she sentenced is essentially gone.

“While Mr. Ebbers is physically alive ... his quality of life is gone,” he said. “If he was released today, Mr. Ebbers is not going to be playing tennis or running a business.”

In court papers in September, his lawyers said Ebbers unintentionally bumped into another prisoner while walking in the facility in September of 2017, only to have the prisoner go to Ebbers’ open cell later in the day and physically attack him.

The papers said the attack fractured the bones around Ebbers’ eyes and caused blunt head trauma and other injuries. They also said Ebbers was put into solitary confinement because his “severely limited eyesight” made him unable to identify the attacker.

Five other WorldCom executives were convicted for their roles in the accounting fraud, including chief financial officer Scott Sullivan, who was a witness against Ebbers. Sullivan was sentenced to five years and served four with the remainder spent in home confinement. 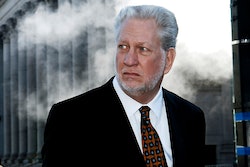 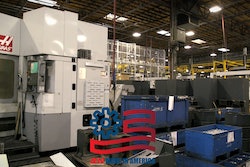