The UAW will tighten financial controls, ban contributions from employers and vendors to charities run by its officers and hire an ethics officer. 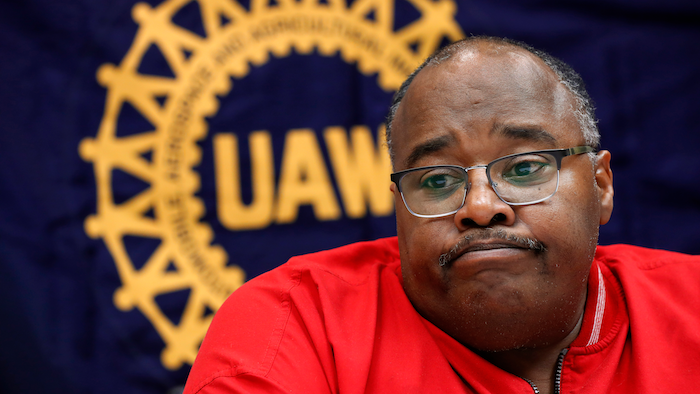 DETROIT (AP) — The United Auto Workers union will tighten financial controls, ban contributions from employers and vendors to charities run by its officers, and hire an ethics officer in the wake of a federal corruption investigation.

Acting President Rory Gamble announced a package of reforms Wednesday designed to stop embezzlement and bribery that was unearthed by a continuing federal investigation into corruption that has implicated the UAW’s current and past presidents.

“I’m committed to putting in place the right mechanisms to safeguard our union, regaining the trust of our members and ensuring the misconduct that has recently come to light will never happen again,” Gamble said in a statement.

The reforms include a commitment to recover misused union money, which has angered many of the UAW’s 400,000 members and caused many to distrust its leadership.

The measures are designed to address problems with money from joint training centers run by Fiat Chrysler and General Motors winding up in the pockets of union officials, as well as diversion of union funds to buy expensive cigars and wines and stays at lavish California villas. The UAW also will seek recovery of all misused money.

The federal probe, which began four years ago, last week snared a retired union vice president and former General Motors board member. Joe Ashton was the 13th person to be charged in probe of the union and auto companies.

He’s accused of taking thousands of dollars in kickbacks from a contractor who made watches for union members. The 58,000 watches, purchased through the joint training center with GM, are still in storage five years later.

Federal agents have also searched the Detroit-area home of current union President Gary Jones, and the Corona, California, home of former president Dennis Williams. Neither has been charged, but Jones has taken a paid leave of absence, leaving Gamble to run the union.

Also among the reforms announced Wednesday is the hiring of an ethics ombudsman to hear and review complaints against union officials, as well as an ethics officer with the power to investigate allegations of impropriety, the statement says. The ethics officer would be an external position and would not work for the international union.

The measures also would ban all contributions from training centers run jointly with the companies to charities run by union officials. Also banned are purchases of “promotional items” by the training programs, and all program spending “will be controlled, monitored and regularly audited by independent public accounting firms,” the statement said.

Gamble, who was the vice president in charge of Ford negotiations before becoming the acting president, said in an interview last week that the union also will require three bids for purchases and that purchases must be made from a union-approved list of vendors.

The union also said it will sell a home that was being built for former President Dennis Williams at the union’s Black Lake conference center and golf course in Northern Michigan.