He faces four years or more in prison.

DETROIT (AP) — A former United Auto Workers official accused of taking about $2 million in kickbacks from vendors has pleaded guilty to money laundering and conspiracy charges.

Mike Grimes, of Fort Myers, Florida, entered the pleas Wednesday in a Detroit federal court. He faces roughly four years or more in prison. Grimes worked at a UAW-General Motors training center and was administrative assistant to UAW vice president Cindy Estrada. He's the ninth person convicted in an investigation of corruption, especially at a Detroit training center jointly run by the UAW and Fiat Chrysler.

Defense lawyer Michael Manley says Grimes is "crushed by what he has done" to the UAW's reputation. The UAW called the conduct "disgraceful." 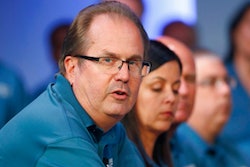 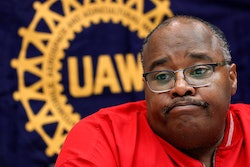 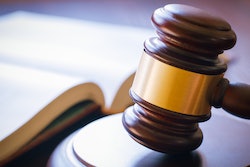