Monsanto has long had the upper hand over the farmers who use its products, but the momentum may be shifting. 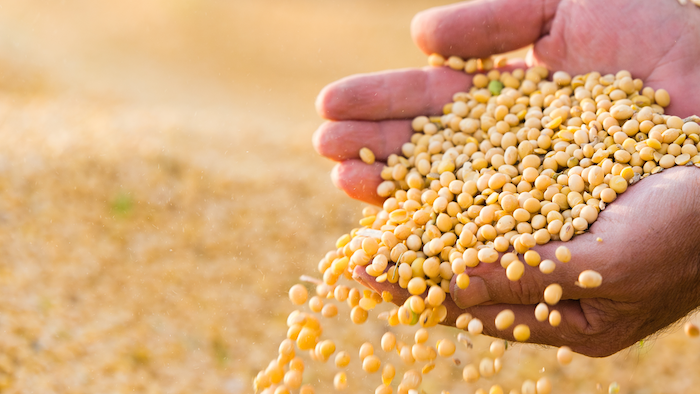 (THE CONVERSATION) A Brazilian appeals court has decided in favor of Monsanto, the global agribusiness conglomerate, in a landmark class-action lawsuit filed by Brazilian farmers’ unions. The court’s nine justices unanimously ruled on October 9 that farmers cannot save seeds for replanting if the seeds are harvested from Monsanto’s patented Roundup Ready soybeans, which are genetically engineered to withstand direct application of the company’s Roundup herbicide.

The Brazilian ruling aligns with similar decisions in the U.S. and Canada. Courts in all three countries determined that, as a product of genetic engineering, Roundup Ready soybeans are protected by domestic patent law. In a public statement, Monsanto – which was acquired by Bayer in 2018 – said the decision will strengthen “agricultural innovation in Brazil.”

How strict patenting of seeds affects innovation, however, is a matter of debate. And the lawsuits challenging Monsanto’s aggressive pursuit of its patent rights raise a vexed legal issue: When intellectual property laws that protect companies conflict with the rights of farmers to plant their fields, who should win?

The Brazilian lawsuit is a sign of growing uneasiness with the control Monsanto has over farmers, my research on biotechnology and seeds finds. Founded as a chemical manufacturer in 1901, Monsanto has invested heavily in agricultural biotechnology to become the world’s largest seller of seeds. Its biotech seeds have proved attractive to farmers because they simplify farm management. Monsanto says its genetically modified seeds also increase crop yields, and thus farmer income – but evidence on this subject is not probative.

In the United States and Canada, Monsanto requires buyers of its genetically modified seeds to sign extensive licensing contracts that prevent them from saving seeds. North American farmers who violate those agreements have been sued for patent infringement and compelled to pay tens of thousands of dollars in damages.

In Brazil, Monsanto charges two percent royalties on the sale of its patented soybeans, a conventional industry practice. More unusually, the company charges an additional royalty – three percent of farmers’ sales – when soybeans are grown from saved Roundup Ready seeds.

Soybeans are Brazil’s biggest export. The royalties in dispute in the class action, which is likely to be appealed to the Brazilian Supreme Court, are estimated at $7.7 billion. “I can’t stand it anymore – seeing those Monsanto people showing up at the grain elevator and behaving as if they own everything,” one grain cooperative manager told the Brazilian Congress during a special commission on agriculture I attended in December 2017.

The Brazilian appeals court’s October 9 decision reverses a past ruling establishing the rights of small farmers in Brazil. In their original petition, farmers’ unions in 2009 asserted that Monsanto’s royalty collection system is arbitrary, illegal and abusive. They argued that it extends Monsanto’s intellectual property rights to their own production and violates their right to freely save seeds for replanting, as guaranteed under Brazil’s Plant Variety Protection Act.

In April 2012, a civil court agreed with the farmers, affirming their rights to save seeds and sell their harvests as food or raw material without paying royalties. Monsanto got this ruling overturned on appeal. The Brazilian farmers’ unions then appealed that decision, leading to the ruling against them.  “Monsanto is amoral,” Luiz Fernando Benincá, a soybean producer and litigant in the class action suit told me in January 2017. “It will do anything for profits.”

Monsanto is accustomed to litigation. Several of its other products - such as Agent Orange, the synthetic chemicals PCBs and, more recently, the glyphosate-based herbicide Roundup - have been embroiled in legal controversies. For decades, the St. Louis-based company, valued at $63 billion last year, used its deep pockets and large teams of lawyers to intimidate farmers and defeat opponents in courts.

From 1997 to 2018 Monsanto won every single intellectual property lawsuit that went to trial in the U.S. and Canada. It has had less success abroad. Courts in Argentina, the European Union and other countries with stronger farmers’ rights have checked the company’s aggressive use of royalties to profit off the byproducts of patented products.

In theory, a genetically engineered DNA sequence like the one that confers herbicide resistance to Monsanto’s Roundup Ready soybeans can be protected under patent law. Yet the plant variety in which the genetic sequence is introduced may also be legally protected, as it is under Brazil’s Plant Variety Protection Act.

In practice, however, it is virtually impossible to separate genetically engineered DNA sequences from the rest of the physical plant. So the two laws – one recognizing the rights of farmers to save seeds for replanting in their fields, the other protecting Monsanto’s intellectual property – conflict with each other.

Faced with this conundrum, the Canadian and U.S. Supreme Courts have ruled that the exclusive rights of a patent holder over plant genetic sequences extend to the plants themselves, thereby allowing companies like Monsanto to prohibit farmers from saving seeds. Brazil has effectively agreed with this interpretation – for now. The lawyer for the Brazilian farmers unions, Néri Perin, says the ruling “disregards Brazil’s international commitment to guarantee farmers’ rights.”

Monsanto has long had the upper hand over the farmers who use its products. But the momentum may be shifting.

This article is republished from The Conversation under a Creative Commons license. Read the original article here: http://theconversation.com/monsanto-wins-7-7b-lawsuit-in-brazil-but-farmers-fight-to-stop-its-amoral-royalty-system-will-continue-125471.