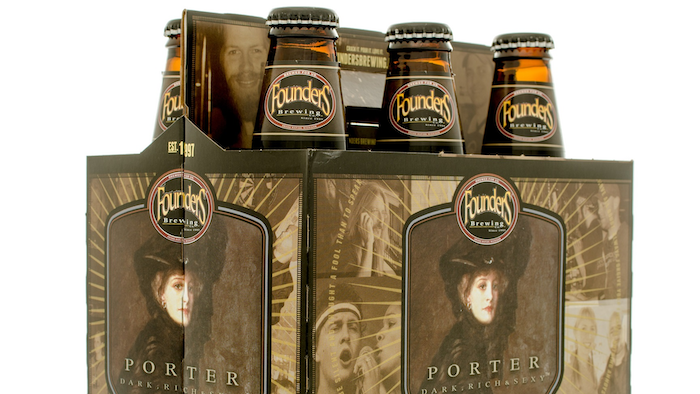 GRAND RAPIDS, Mich. (AP) — The backlash that Founders Brewing Co. has been facing over a former black worker's racial discrimination lawsuit has been the company's "biggest challenge," a co-owner of Michigan's largest brewery said.

Tracy Evans filed a federal lawsuit last year saying that fellow workers at the Grand Rapids-based brewery repeatedly used racist language around him. He said the company fired him in retaliation for complaining to human resources, but the company has denied that.

Largely in response to a deposition in which Evans' lawyer, Jack Schultz, was questioning the Founders official who fired Evans, general manager Dominic Ryan, several Detroit bars and stores stopped or said they would stop offering the company's products, the Detroit Free Press reported.

While being deposed, Ryan told Schultz he didn't know that Evans was black. Schulz asked Ryan if he knew what it means for someone to be a white person or a black person, to which Ryan replied requesting clarification, the Free Press reported. Schulz also asked Ryan if he knew whether Barack Obama, Michael Jordan or former Detroit mayor Kwame Kilpatrick were black, and Ryan replied that he didn't know because he had never met them.

"It has hurt our relationship and the optics of our brand," he said. "You need to rebuild that trust, and you can only rebuild that trust by starting the healing process, and we've got a long way to deposition as a company to get better at communicating and to talk to our team and open up conversations."

Evans worked at the Grand Rapids production facility from 2014 to 2017 before he became a manager at the Detroit taproom — the job from which he was fired last year. He says in his lawsuit that Founders tolerated "a racist internal corporate culture" and that office printers were labeled "in a blatantly racist fashion."

The company's director of diversity and inclusion, Graci Harkema, has stepped down, saying in her resignation letter that Founders has been more concerned with "winning the lawsuit" than "the loss of customers, loss of reputation, and loss of employees' wellbeing."

Meanwhile, Engbers said he is trying to reassure customers and community members in Detroit that Founders celebrates "people of all different backgrounds and ethnicities."

"We have had a lot of challenges over the years, but no question — this is the biggest challenge we've ever had," Engbers said. "There's been a lot of self-discovery, and we will have to work harder now looking forward to make amends, and we're willing to do that."