A lawsuit says the Sackler family realized by 2007 that Purdue faced "catastrophic liability" from criminal and civil investigations. 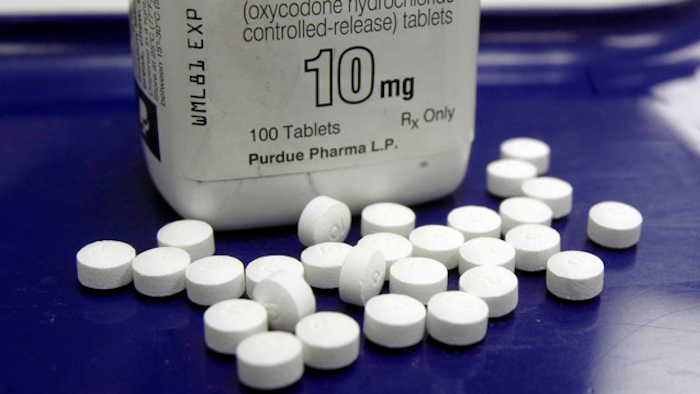 That amount is higher than some of the numbers other states have suggested, or what has previously been reported, Kristina Edmunson, spokeswoman for Attorney General Ellen Rosenblum, said in an email.

Oregon filed a redacted lawsuit against Sackler family members in May. Then Rosenblum filed an unredacted version on Friday that specified the amount that officials in Oregon believe the Sackler family took from Purdue Pharma L.P., starving the company of cash and leaving it unable to satisfy its enormous legal liabilities.

Purdue's CEO has said the company could file for bankruptcy. The lawsuit filed in Multnomah County Circuit Court says the Sackler family realized by 2007 that Purdue faced "catastrophic liability" from criminal and civil investigations and more than 100 lawsuits.

"Over the following ten years, while Purdue continued to illegally market OxyContin, the Sacklers milked $11 billion from Purdue Pharma L.P. In doing so, they starved the company of cash, stifled its growth, and left it unable to satisfy its enormous legal liabilities resulting from its continuous unlawful conduct," the lawsuit says.

Purdue Pharma and the Sackler family, accused of playing a key role in triggering the U.S. opioid epidemic, have offered to settle about 2,000 lawsuits, but some state and local officials say the proposed deal doesn't include enough money or accountability. Massachusetts Attorney General Maura Healey said she wants any settlement to include more money than the $10 billion to $12 billion offered by Purdue and the $3 billion offered from the Sacklers, an amount that represents just a portion of the family's fortune.

Rosenblum noted that Oregon in 2018 sued Purdue Pharma L.P. and Purdue Pharma Inc. on multiple claims for penalties and civil forfeiture that could exceed $1 billion. In the more recent lawsuit, she asked the court in Portland, Oregon, to declare that the companies and the other entities in the Sackler pharmaceutical enterprise are the "alter egos" of the Sacklers and that Oregon may "pierce the corporate and partnership veils" to recover any amounts owed to the state.

Much of their money appears to be overseas. A review by The Associated Press found the Sacklers have shielded their wealth in a web of companies and trusts. Some are registered in offshore tax havens far from Purdue's Connecticut headquarters.