14 states are suing to block a planned reduction in the penalties automakers pay when they fail to meet fuel economy standards. 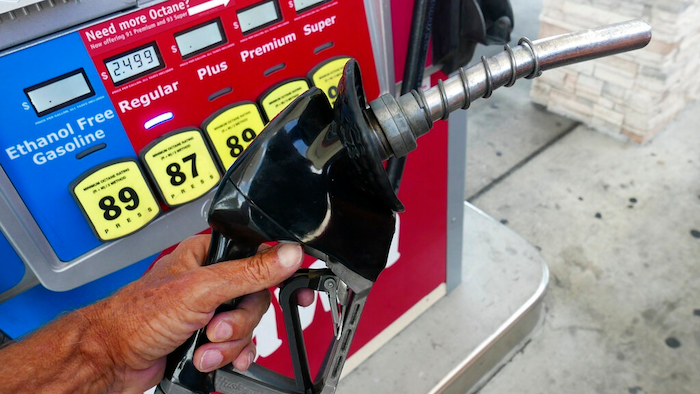 In this June 26, 2019, file photo, a man adds fuel to his vehicle at a gas station in Orlando, Fla. A coalition of states is suing the Trump administration for the second time to block a planned reduction in penalties automakers pay when they fail to meet fuel economy standards. Twelve states and the District of Columbia sued the administration Friday, Aug. 2, 2019, for replacing an Obama-era regulation that imposed a penalty of $14 for every tenth of a mile-per-gallon that an automaker falls below the standards.
AP Photo/John Raoux, File

SACRAMENTO, Calif. (AP) — A coalition of states sued the Trump administration Friday for the second time to block a planned reduction in the penalties automakers pay when they fail to meet fuel economy standards.

Twelve states and the District of Columbia sued the National Highway Traffic Safety Administration for replacing an Obama-era regulation that imposed a penalty of $14 for every tenth of a mile-per-gallon that an automaker falls below the standards.

The legal challenge led by the attorneys general in California and New York argues the new rule would keep the penalty far below the inflation-adjusted rate required by a 2015 law.

The new Trump rule says that 2015 law doesn't apply to the mileage penalties, and if it did, nearly tripling the civil penalty rate would have a negative economic impact.

The U.S. Department of Transportation, which includes the highway safety administration, said it expects the Trump penalty would reduce the future burden on the industry and consumers by as much as $1 billion a year.

The states sued in the 2nd U.S. Circuit Court of Appeals in Manhattan. The same court last year decided the administration could not delay the penalty increase.

California Attorney General Xavier Becerra said in a statement that the new Trump rule "seeks to make these penalties meaningless."

"We'll take on this latest wrong-headed maneuver with the same vigor that defeated the administration's first attempt at backsliding," he said.

The lawsuit contends the traffic safety administration decision was based on inaccurate assumptions on the economic impact of the increased penalties.

"Without strong penalties for violating these fuel efficiency standards, consumers, our economy, and our environment all remain in danger," said New York Attorney General Letitia James.