The bill would for the first time limit out-of-pocket costs medication costs faced by seniors to $3,100. 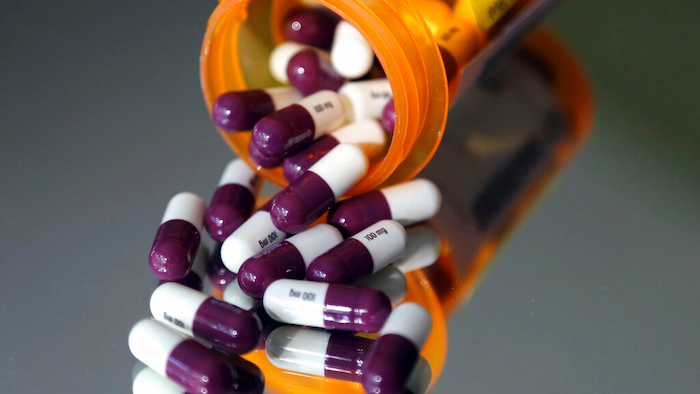 In this June 15, 2018 photo, pharmaceuticals are seen in North Andover, Mass. A prescription drug compromise that would lower costs for Medicare recipients has cleared a key hurdle in the Senate, but Republican resistance signals trouble when the legislation goes to the floor.
AP Photo/Elise Amendola, File

WASHINGTON (AP) — A prescription drug compromise that would lower costs for Medicare recipients and save billions for Medicare and Medicaid cleared a key hurdle in the Senate on Thursday, but Republican resistance signaled trouble as the legislation faces floor consideration.

The Finance Committee voted 19-9 to advance the bill, but it passed because of unanimous support from the panel's Democratic minority, while a majority of Republicans opposed it.

The bill would for the first time limit out-of-pocket costs medication costs faced by seniors to $3,100, starting in 2022. Currently there is no cap, and some Medicare recipients face copays rivaling a mortgage payment.

It would also require drug companies to pay rebates to Medicare if they raise prices faster than inflation. Those inflation rebates are a problem for some Republican senators, who see them as a pathway to government price controls.

The legislation reflects a compromise between Finance Chairman Chuck Grassley, R-Iowa, and the panel's senior Democrat, Ron Wyden of Oregon. The powerful pharmaceutical lobby is opposed, and executives met Wednesday night with President Donald Trump to air their concerns. There were no signs Thursday that Trump's position had shifted. "The White House applauds the Senate Finance Committee for passing this important piece of legislation," said spokesman Judd Deere.

During its debate, the committee defeated an amendment by Sen. Pat Toomey, R-Pa., that would have stripped the inflation rebates from the bill.

The Congressional Budget Office told senators that its experts don't consider the bill's inflation penalties to be a form of price controls, but an incentive for manufacturers to exercise restraint in pricing.

Wyden called it a "price hike penalty" that protects taxpayers who subsidize the cost of Medicare's prescription plan. "The cap does not set prices, it limits subsidies," he said.

But opponents said they weren't dropping their efforts.

Also defeated was an amendment by Sen. Debbie Stabenow, D-Mich., that would have accomplished a long-sought goal of her party by authorizing Medicare to directly negotiate prices with drugmakers. That's a nonstarter for market-oriented Republicans, although Trump as a candidate had embraced it.

Grassley and Wyden portrayed their legislation as a middle ground that gives each party something and can ultimately pass Congress and be signed by Trump. Drug prices are a top concern for people with health insurance and after years of hand-wringing politicians are under pressure to deliver results ahead of the 2020 elections.

"This is a bipartisan bill and you get nothing done in the United States Senate without bipartisanship," said Grassley.

He's also reminding Republicans that his legislation has Trump's support and that the president once had backed Medicare negotiating authority. Grassley raised the specter that Trump could revert to that position and cut a deal with Democrats if Senate Republicans try to block his drive to lower drug costs.

Grassley said preliminary budget estimates show the legislation would save the Medicare program $85 billion over 10 years, while seniors would save $27 billion in out-of-pocket costs over the same period, and $5 billion from slightly lower premiums. The government also would save $15 billion from projected Medicaid costs. The budget office said people with private insurance should also see some savings.

Finance is the third Senate committee to pass legislation addressing health care costs this year, and Senate Majority Leader Mitch McConnell of Kentucky may package the bills together for floor debate this fall. Meanwhile, the House is also expected to move health care legislation, including authority for Medicare to negotiate drug prices.