TORONTO (AP) — Canada will ban single-use plastics as early as 2021, Prime Minister Justin Trudeau said Monday. Trudeau said the specific items to be banned will be determined based on a science-based review, but the government is considering items such as water bottles, plastic bags and straws.

"As early as 2021, Canada will ban harmful single-use plastics from coast to coast," Trudeau said. Trudeau said his government is drawing inspiration from the European Union's Parliament, which voted overwhelmingly in March to impose a wide-ranging ban on single-use plastics to counter pollution from discarded items that end up in waterways and fields. Legislatures of the EU member states must vote on the measure before it takes effect.

"Many other countries are doing that and Canada will be one of them," Trudeau said. "This is a big step but we know can do this for 2021." Less than 10 percent of plastic used in Canada gets recycled. The government said that one million birds and over 100,000 sea mammals worldwide are injured or die each year when they mistake plastic for food or become entangled.

The EU's measure would affect a range of plastic products for which reasonable alternatives exist, from straws to earbuds, starting in 2021. Disposable utensils would not be completely off-limits, but the EU measure calls for them to be made of sustainable materials when possible. The EU legislation also sets a goal of having 90 percent of plastic bottles recycled by 2025 and of halving the litter from the 10 items that turn up in oceans most often.

The EU estimated the changes will cost the bloc's economy $291 million to $781 million. It's not clear what the cost would be for Canada. China's decision to no longer import some of the EU's waste helped spur the plastics ban.

China banned the import of plastic waste last year, causing other Southeast Asian nations to become new destinations. The Philippines, complaining of being treated like a dumpsite by wealthier nations, shipped 69 containers of what its officials called illegally transported garbage back to Canada in May. 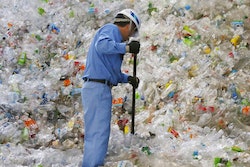 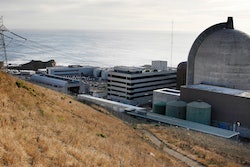 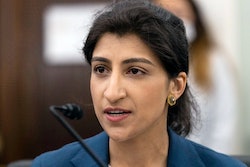