Workers argued they should be paid for the off-work time they spend on the platform, including sleeping.

WASHINGTON (AP) — The Supreme Court ruled unanimously Monday against workers on oil drilling platforms off California who argued they should be paid for the off-work time they spend on the platform, including sleeping.

The high court said that federal law applies to the workers and doesn't require them to be paid for nonworking time spent at their work location on the Outer Continental Shelf. The workers had argued that California law, which would require them to be compensated for that time, should apply.

Justice Clarence Thomas said in an opinion that "federal law is the only law" that applies on the Outer Continental Shelf and "there has never been any overlapping state and federal jurisdiction there." The question, he said, was whether federal law addressed the question of off-work time spent on the oil rig. He said it did and didn't require the workers to be paid.

The case before the Supreme Court involved Brian Newton, who worked on drilling platforms off California's coast near Santa Barbara from 2013 to 2015. Like others living and working on the platform, he worked 14-day shifts, spending 12 hours working and 12 hours off work but on standby, where he could not leave the platform. 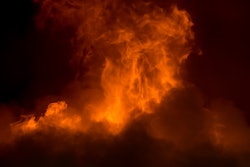 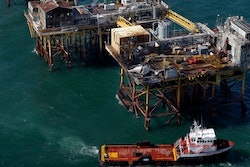