A new Tennessee Valley Authority report rules out options at the Allen Fossil Plant that would leave coal ash totaling 3.5 million cubic yards where it is now.

NASHVILLE, Tenn. (AP) — A federal utility is eying options to unearth and move toxin-laden coal ash from a Memphis power plant to an off-site landfill.

A new Tennessee Valley Authority report rules out options at the Allen Fossil Plant that would leave coal ash totaling 3.5 million cubic yards where it is now.

The authority wrote that the land, which is owned by local governments, Memphis Light, Gas and Water and the International Port of Memphis, could be used for future economic development.

At Allen, high levels of arsenic and other toxins were found in monitoring wells in 2017, spurring fears that an aquifer that supplies Memphis' drinking water could become tainted. Testing has since deemed the public water supply unaffected, but a report last spring by the utility also showed a connection between the shallow aquifer where toxins were found and the deeper Memphis Sand Aquifer that provides the city's drinking water.

Attorney Amanda Garcia, with the Southern Environmental Law Center, said removing the coal ash at the Allen plant is the only right and responsible decision.

"It really should have been a no-brainer from the outset, given what TVA knows about the risk of coal ash contamination reaching the Memphis Sand Aquifer, the city's drinking water source," Garcia said.

In recent months, the utility had already stated its preference in reports to the Securities Exchange Commission for the coal ash at Allen to be removed.

A final decision on the coal ash removal, which hinges on a federal review and an ongoing state investigation, could be made by spring 2020, according to TVA, which powers 9 million customers in parts of seven Southern states as the nation's largest public utility.

The utility is still mulling its options for the coal ash stored at its Gallatin plant, where a federal district judge ordered a massive cleanup in August 2017, only to have an appellate panel overturn the decision in September 2018.

The state has a similar ongoing case against the TVA over the Gallatin Fossil Plant's coal ash. TVA also is moving forward on plans to convert from wet to dry coal ash storage by 2022. 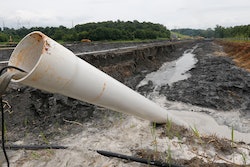 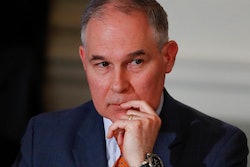 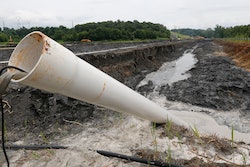