The state says it wasn't hemp, it was pot. 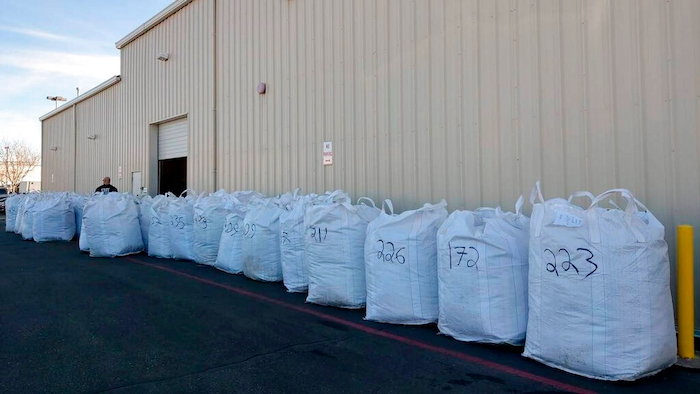 BOISE, Idaho (AP) — A company has filed a lawsuit against Idaho State Police and Ada County after authorities seized nearly 7,000 pounds of cannabis from a truck headed to Colorado, the Idaho Statesman reported.

Authorities who stopped the truck said it was filled with marijuana, but Big Sky Scientific LLC, which was shipping the product to Colorado, said in the lawsuit that it's industrial hemp, which is now legal under the recently passed U.S. Farm Bill.

Hemp is a non-psychoactive cousin of marijuana. Both hemp and marijuana are cannabis plants.

Big Sky wants its product returned and wants an admission of wrongdoing from the Idaho authorities, according to the Idaho Statesman.

The truck's driver, Dennis Palamarchuk, 36, of Portland, Oregon, was arrested and charged with a felony.

The truck was stopped on Jan. 24 as part of a routine, random commercial vehicle safety inspection between Boise and Mountain Home, ISP spokesman Tim Marsano said. The driver's bill of lading — a document that details the cargo in the shipment — said the trailer was carrying 31 bags of hemp.

The plants also have different uses: Hemp can be used to produce a variety of products including food, industrial oil, paper, flour and clothing.

Marijuana plants are often grown for their THC content, and are legal in Oregon, Washington, Colorado, California and several other states but are illegal in Idaho.

The trooper detected a strong odor of marijuana during the inspection and opened one of the bags and performed a field test, Marsano said.

The test showed the plant to be a marijuana plant, and a subsequent team of K9 drug-detection dogs that arrived also indicated that marijuana was present, he said.

Marsano could not say how low of a THC content will generate a positive result by the field tests or whether the dogs were trained to differentiate between marijuana and hemp.

Still, he said transporting anything containing THC is a chargeable offense in Idaho.

Testing on the plant matter is being expedited, Marsano told the newspaper Friday.