The Trump EPA says the benefits to human health and the environment may not be worth the cost of the regulation.

Ellen Knickmeyer
In this July 27, 2018, file photo, the Dave Johnson coal-fired power plant is silhouetted against the morning sun in Glenrock, Wyo. The Trump administration on Friday targeted an Obama-era regulation credited with helping dramatically reduce toxic mercury pollution from coal-fired power plants, saying the benefits to human health and the environment may not be worth the cost of the regulation. The 2011 Obama administration rule, called the Mercury and Air Toxics Standards, led to what electric utilities say was an $18 billion clean-up of mercury and other toxins from the smokestacks of coal-fired power plants.
AP Photo/J. David Ake, File

WASHINGTON (AP) — The Trump administration has targeted an Obama-era regulation credited with helping dramatically reduce toxic mercury pollution from coal-fired power plants, saying the benefits to human health and the environment may not be worth the cost of the regulation.

The 2011 Obama administration rule, called the Mercury and Air Toxics Standards, led to what electric utilities say was an $18 billion clean-up of mercury and other toxins from the smokestacks of coal-fired power plants.

Mercury causes brain damage, learning disabilities and other birth defects in children, among other harm. Coal power plants in this country are the largest single manmade source of mercury pollutants, which enters the food chain through fish and other items that people consume.

The proposal Friday from the Environmental Protection Agency challenges the basis for the Obama regulation. It calculates that the crackdown on mercury and other toxins from coal plants produced only a few million dollars a year in measurable health benefits and was not "appropriate and necessary" — a legal benchmark under the country's landmark Clean Air Act.

The proposal, which now goes up for public comment before any final administration approval, would leave the current mercury regulation in place.

However, the EPA said it will seek comment during a 60-day public-review period on whether "we would be obligated to rescind" the Obama-era rule if the agency adopts Friday's finding that the regulation was not appropriate and necessary. Any such change would trigger new rounds in what have already been years of court battles over regulating mercury pollution from coal plants.

This move is the latest by the Trump administration that changes estimates of the costs and payoffs of regulations as part of an overhaul of Obama-era environmental protections.

It's also the administration's latest proposed move on behalf of the U.S. coal industry, which has been struggling in the face of competition from natural gas and other cheaper, cleaner forms of energy. The Trump administration in August proposed an overhaul for another Obama-era regulation that would have prodded electricity providers to get less of their energy from dirtier-burning coal plants.

In a statement, the EPA said Friday the administration was "providing regulatory certainty" by more accurately estimating the costs and benefits of the Obama administration crackdown on mercury and other toxic emissions from smokestacks.

Hal Quinn, head of the National Mining Association, charged in a statement Friday that the Obama administration had carried out "perhaps the largest regulatory accounting fraud perpetrated on American consumers" when it calculated that the broad health benefits to Americans would outweigh the cost of equipment upgrades by power providers.

The EPA has "decided to snatch defeat from the jaws of victory" after the successful clean-up of toxins from the country's coal-plant smokestacks, Carper said.

He and other opponents of the move said the Trump administration was playing with numbers, ignoring what Carper said were clear health, environmental and economic benefits to come up with a bottom line that suited the administration's deregulatory aims.

Janet McCabe, a former air-quality official in the Obama administration's EPA, called the proposal part of "the quiet dismantling of the regulatory framework" for the federal government's environmental protections.

Coming one week into a government shutdown, and in the lull between Christmas and New Year, "this low-key announcement shouldn't fool anyone — it is a big deal, with significant implications," McCabe said. 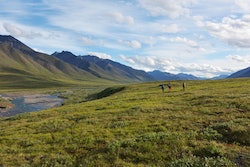 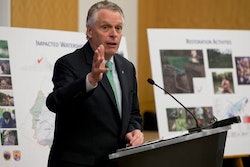 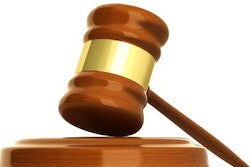