Kimberly-Clark Doesn't Have Votes to Save WI Plant

The bill could save 390 jobs at a plant.

MADISON, Wis. (AP) — Republicans worked behind closed doors Tuesday on a package of proposals to take up during a lame duck session before Democratic Gov.-elect Tony Evers takes office, even as GOP Senate leader Scott Fitzgerald said a bill that might save 390 jobs at a Kimberly-Clark plant is up to seven votes short.

While the Kimberly-Clark bill remains in limbo, Republicans still planned to return for a lame duck session that would give Gov. Scott Walker one last chance to enact laws before Evers replaces him in January.

Evers has decried the effort as a last-gasp power grab, while Fitzgerald tried to downplay it Tuesday as "real inside baseball legislative kind of stuff."

Lawmakers originally talked about returning only to vote on the $100 million Kimberly-Clark incentive bill, which company officials have said they would need to save a plant in Fox Crossing and its 390 jobs.

Fitzgerald said that although "the votes are not there as of today" for the Kimberly-Clark bill, the Senate could take it up if and when there is enough support.

"They haven't made any effort to build consensus and reach an agreement to keep these jobs in Wisconsin," she said in a statement. "Instead, this whole special session has been a ruse to rush through more partisan bills, rig elections and consolidate more power in the hands of Republican politicians."

One of the measures being discussed would move the 2020 presidential primary date, which Fitzgerald said could improve the chances for conservative state Supreme Court Justice Dan Kelly, who is up for election that same day.

"There's many people that think Justice Kelly would have a better chance if there's not really this competitive Democrat primary for president, that's the concern I think," Fitzgerald said. "But I've got to be honest with you, I think the campaign would be just as concerned that would be a criticism used against Kelly in the end."

Walker and other Republicans have said they have long been concerned about holding a partisan presidential primary on the same date as nonpartisan local elections, and the Supreme Court race is officially nonpartisan.

Fitzgerald did not mention that as a reason to move the date.

Thirty-four county clerks have come out against the idea, citing a projected cost of around $7 million and numerous other procedural challenges that would come with adding an election potentially in March of 2020.

"People are certainly listening to their clerks and aware of their concerns," Fitzgerald said. "It's pretty easy to see the logistical issues it could create, including early voting in two elections at the same time, I mean that's a big problem."

Fitzgerald also said it would be difficult to move the presidential primary and still conform with national political party rules affecting delegate selection for the national conventions.

He also said talk of changing how members of the state Building Commission are appointed is no longer being considered. Republicans do want to reduce the governor's authority over the quasi-private Wisconsin Economic Development Corp., which Evers wants to reconfigure back into a public agency.

Fitzgerald said Republicans are looking at dissolving the solicitor general's office within the state attorney general's office. Created in 2015 under Republican Attorney General Brad Schimel, the office of seven attorneys has handled some of the highest profile, most politically-charged cases.

Republicans are not considering any changes to how redistricting is done, Fitzgerald said. The Legislature is charged with drawing political boundary lines again in 2021, but Evers will have the power to veto the maps, setting up a likely court battle.

The Legislature is also looking at ways to ensure that Medicaid work requirements Evers opposes are protected, Fitzgerald said. 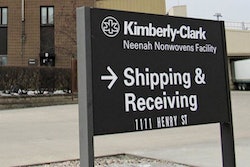 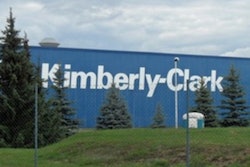 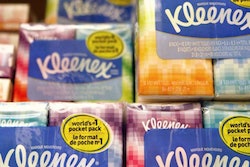