Meridian maintains the Davis Refinery will be built with modern technology and will be the "the cleanest refinery on the planet."

Blake Nicholson
In this July 5, 2018, file photo, eroded hills are shown in Theodore Roosevelt National Park in western North Dakota. Attorneys for North Dakota's Health Department say the agency didn't improperly discount its own concerns about a proposed oil refinery near the park when it permitted the project earlier this year. The department and developer Meridian Energy Group want a state judge to reject a challenge by environmental groups to an air quality permit that allowed the company to begin construction last summer at the Davis Refinery site about 3 miles from the park.
AP Photo/Blake Nicholson, File

BISMARCK, N.D. (AP) — North Dakota's Health Department did not improperly discount its own concerns about pollution from a proposed oil refinery near Theodore Roosevelt National Park when it permitted the project earlier this year, attorneys for the agency and for the developer argue.

The department and Meridian Energy Group are asking a state judge to reject a challenge by environmental groups to an air quality permit that allowed the company to begin construction during the summer at the Davis Refinery site about 3 miles (5 kilometers) from the state's top tourist attraction.

The department's decision to issue the permit in June essentially concluded that the refinery will be a minor source of pollution and won't negatively impact the park. Assistant Attorney General Margaret Olson in court documents filed Nov. 5 said the decision "was not made in haste," but after a two-year review that involved more than 1,000 hours of department staff time and more than 10,000 comments from the public.

"Because of the public interest in the Davis Refinery and its proximity to Theodore Roosevelt National Park, the department conducted a more in-depth review than typically required," she wrote.

Meridian maintains the Davis Refinery will be built with modern technology and will be the "the cleanest refinery on the planet." The company began site work in July.

The National Parks Conservation Association, the Environmental Law and Policy Center and the Dakota Resource Council sued in July. The groups argue the Health Department initially had concerns about the amount of harmful pollutants the refinery might generate and assert that the agency didn't adequately explain its eventual conclusion that the refinery wouldn't be a major source of pollution.

The groups want state District Judge Dann Greenwood to vacate the permit and order the Health Department to either adequately explain its rationale or to launch a permit process for a major polluting refinery.

The state maintains its review process was more than adequate, and it also says Meridian provided information that eased initial concerns about refinery pollution. Once built, the plant will need to prove it can meet state and federal air quality standards, and compliance will be continually monitored.

Olson and Meridian attorney Lawrence Bender both asked Greenwood to uphold the state's permit decision. The judge has scheduled a Dec. 12 hearing in Dickinson.

A separate hearing before a state administrative law judge is scheduled Wednesday in Bismarck over a state permit Meridian needs to use underground water for the refinery. Neighboring landowners are challenging a recommendation from the state engineer to approve the request.

The Environmental Law and Policy Center and the Dakota Resource Council also sued in state court Friday over the decision last month by the state's Public Service Commission not to study the appropriateness of the refinery site. The two groups question an administrative law judge's conclusion that the commission doesn't have jurisdiction because the refinery will be too small to warrant review under state law. 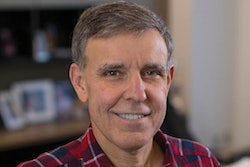 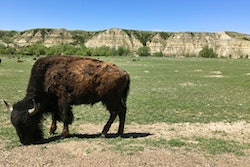 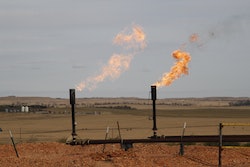