China Retaliates, Places Tariffs on $60B of U.S. Goods

The list includes products as varied as snow blowers and 3D printers. 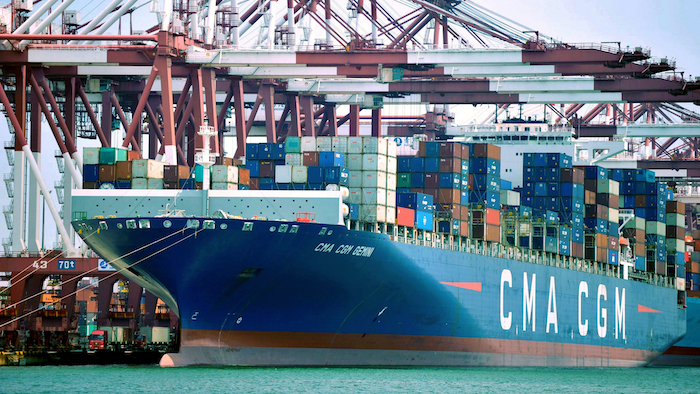 In this July 6, 2018, file photo, a container ship is docked at a port in Qingdao, in eastern China's Shandong Province.
Chinatopix via AP, File

BEIJING (AP) — China announced a $60 billion list of U.S. goods on Friday including coffee, honey and industrial chemicals for retaliation if Washington goes ahead with its latest tariff threat.

The Finance Ministry accused the Trump administration of damaging the global economy after it proposed hiking duties on $200 billion of Chinese goods in the second round of a dispute over technology.

"China is forced to take countermeasures," said a ministry statement. It said retaliatory duties of 25 percent, 20 percent, 10 percent or 5 percent on 5,207 products will be imposed "if the U.S. side persists in putting its tariff measures into effect."

Washington imposed 25 percent duties on $34 billion of Chinese goods on July 6 in response to complaints Beijing steals or pressures companies to hand over technology. Beijing responded by imposing similar charges on the same amount of U.S. products.

Friday's threat targeting a smaller amount of U.S. goods reflects the fact that Beijing is running out products for retaliation due to its lopsided trade balance with the United States.

China's imports from the United States last year totaled $153.9 billion. After earlier action against $34 billion of U.S. goods, that left about $120 billion for retaliation.

The highest penalties in Friday's list would hit honey, vegetables, mushrooms and other farm goods, targeting areas that supported Trump in the 2016 election.

The list includes products as varied as snow blowers and 3-D printers, suggesting Chinese authorities were struggling to find enough imports that wouldn't disrupt their own economy.

Beijing's earlier penalty tariffs appeared to be designed to minimize the impact on the Chinese economy by targeting goods such as soybeans and orange juice that are available elsewhere.

Chinese authorities warned earlier that if the dispute escalated, they would adopt unspecified "comprehensive measures." That prompted concern among American companies that retaliation might expand to disrupting their operations in China.

Beijing has offered to narrow its politically volatile trade surplus with the United States but has resisted changing development plans its leaders see as a path to prosperity and to restoring China's rightful role as a global leader.