A timber company wants to build a $75 million frack sand operation, but there are questions over how the permit was handled. 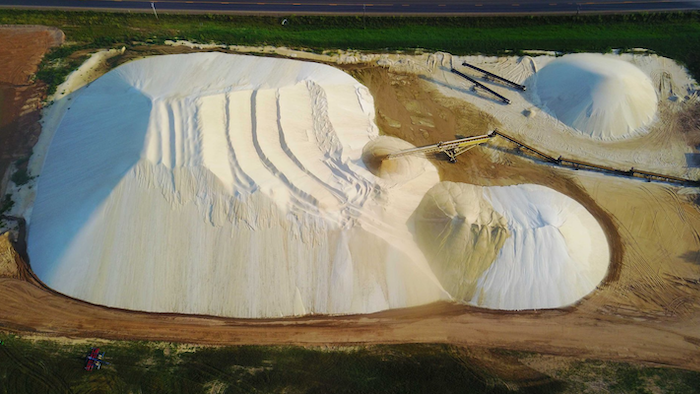 MADISON, Wis. (AP) — An environmental group and the Ho-Chunk Nation are suing the Wisconsin Department of Natural Resources over its handling of a permit for a Georgia timber company that wants to build a $75 million frack sand operation in the state.

Clean Wisconsin argues that the department's secretary, Dan Meyer, overstepped his authority when he agreed to review a judge's ruling that had invalidated a permit issued to Meteor Timber for a proposed processing and loading facility in Monroe County.

Companion complaints filed Monday seek to block the ongoing review while a judge considers whether the DNR's rules allow the agency to potentially reverse a judge's order, the La Crosse Tribune reported.

"DNR does not have the authority to act as a judge of its own case," Clean Wisconsin attorney Evan Feinauer said. "There's a process for handling legal disputes, and it makes clear that independent judges decide whether DNR permits comply with the law."

Administrative law Judge Eric Defort ruled in May that the DNR didn't have information required by Wisconsin law when it issued a permit allowing Meteor to fill 16.25 acres (7 hectares) of wetlands near Millston. But during a five-day hearing, the agency said it granted the permit in spite of its own staff findings and a list of unanswered questions.

"This is about ensuring our environmental laws, our legal process and the public's interest are protected," Feinauer said

Nathan Conrad, a spokesman for pro-mining trade group Natural Resource Development Association, said Meteor is within its rights to appeal under a process.

"These suits are frivolous and without basis," said Conrad. "There is a clear process under state law which has been utilized in previous matters, Meteor Timber has a due process right and that process should be allowed to continue."