This is a major setback after a long history of legal battles over nuclear waste entering the state. 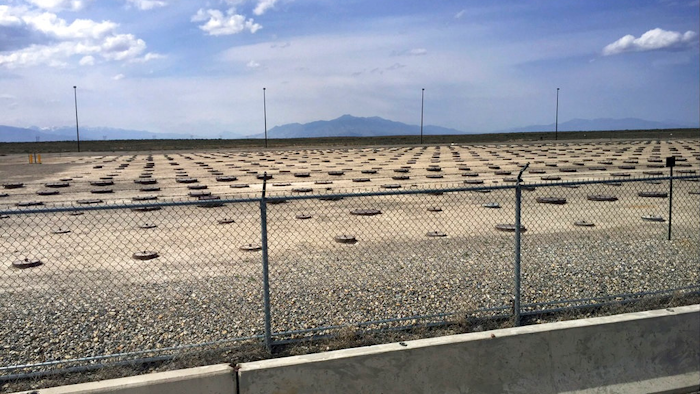 The ruling was a major setback to a lawsuit filed by former Idaho Gov. Cecil Andrus, who had a long history of legal battles with the Energy Department over nuclear waste entering the state and a firm belief that residents had a right to know the agency's plans.

U.S. District Court Judge B. Lynn Winmill on Tuesday ruled the agency acted properly in withholding information sought by Andrus in a Freedom of Information Act request he filed in January 2015.

That decision means the documents will not be released to the public anytime soon, but they ultimately could be as another part of Andrus' argument has yet to play out and the case remains open.

Andrus, a Democrat who died in August at age 85, filed the lawsuit in September 2015 after receiving heavily blacked-out documents from the federal agency about the spent commercial nuclear fuel shipments. His daughter, Tracy Andrus, has been substituted with the court's approval as the plaintiff in the case.

The former governor's longtime aide, Marc Johnson, said he was disappointed with Tuesday's ruling in favor of the Department of Energy, "particularly after waiting so long to see what DOE really has in mind for further waste in Idaho."

The lawsuit seeks information about several hundred pounds of proposed research shipments of spent commercial nuclear fuel the federal agency wants to send to the Idaho National Laboratory, the nation's top federal nuclear research lab. The shipments required a waiver to a nuclear waste agreement the Energy Department and Idaho signed in 1995 limiting nuclear waste shipments to Idaho. The agreement followed federal court victories by then Gov. Andrus at a time when he feared the state was becoming a repository for the nation's nuclear waste.

Andrus, before his death from complications from cancer, contended that signing such a waiver would open the state up to receiving tons of nuclear waste from around the nation, and is why he sought information about the Energy Department's plans.

In August 2016, Winmill ordered the Energy Department to provide the court with the documents Andrus wanted to determine whether the agency's redactions fell within exemptions to the Freedom of Information Act. Winmill on Tuesday ruled they did.

"The court will sustain DOE's assertion of privilege, and not require it to provide the plaintiff with a copy of any of the documents," he wrote.

Energy Department officials didn't immediately respond to inquiries from The Associated Press on Wednesday. The agency has previously said it wants to better understand "high burnup" spent fuel that is accumulating at nuclear power plants in the U.S. The fuel stays longer in nuclear reactors than other nuclear fuel and produces more energy. But its spent fuel comes out hotter and more radioactive than fuel that does not stay so long in reactors.

Winmill in that order is telling the Energy Department to explain why releasing the information would not be in the public interest of Idaho residents, said Andrus' lawyer, Laird Lucas, with the Advocates for the West legal firm that often represents environmental groups. He said the federal agency hasn't yet responded to that part of Winmill's order.

The former governor in a 2016 interview with The Associated Press said he filed the lawsuit because "we have to know what's going on."

The Energy Department's "stonewalling and reluctance lends credence to my suspicion," he said. "That's all I have right now — a strong suspicion backed up by a history of an agency that has run roughshod over the public for way too many years."