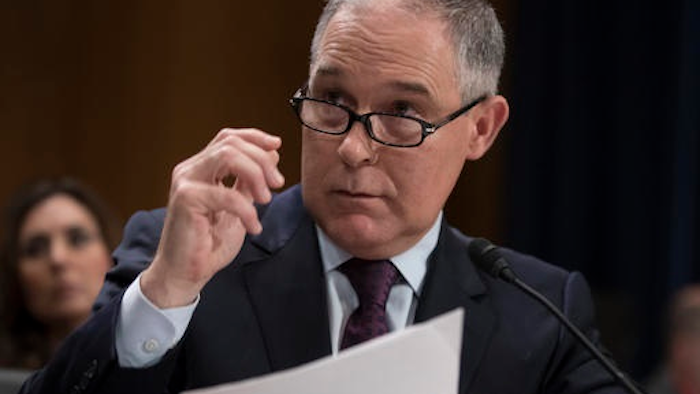 Environmental Protection Agency chief Scott Pruitt unveiled 42 recommendations from a Superfund Task Force he appointed in March. Among the steps Pruitt outlined will be prioritizing sites that can be redeveloped or where nearby residents are still under threat from the spread of harmful chemicals.

Pruitt has pledged to make mitigating decades-old pollution a top priority for the EPA, even as he has moved to block or delay Obama-era regulations aimed at curbing ongoing contamination from coal-fired power plants and fossil-fuel production.

"There is nothing more core to the agency's mission than revitalizing contaminated land," Pruitt said, according to a media release. "I commend the team effort of the career and political staff on the Task Force, working together to develop recommendations that are detailed, but also workable - to ensure that we can expedite the protection of human health and the environment around these properties and accelerate the reuse."

There are now more than 1,300 Superfund sites nationally, some of which have languished for years without cleanup plans or funding. President Trump's proposed 2018 budget seeks to cut money for the program by 30 percent, though Congressional Republicans have indicated they are likely to approve less-severe cuts.

Money for Superfund is already about half what it was in the 1990s. The majority of cleanup money has been spent in just seven highly industrialized states, topped by New Jersey.

The EPA routinely tries to compel the companies responsible for the pollution to pay, but taxpayers often end up on the hook due to corporate spinoffs and bankruptcies. The work is typically carried out by private contractors.

Pruitt has played down the potential impact of the proposed budget cuts, saying the agency will accomplish more with less money under his leadership by improving oversight and efficiency.

$332 Million to Clean Up Toxic Site in NJ