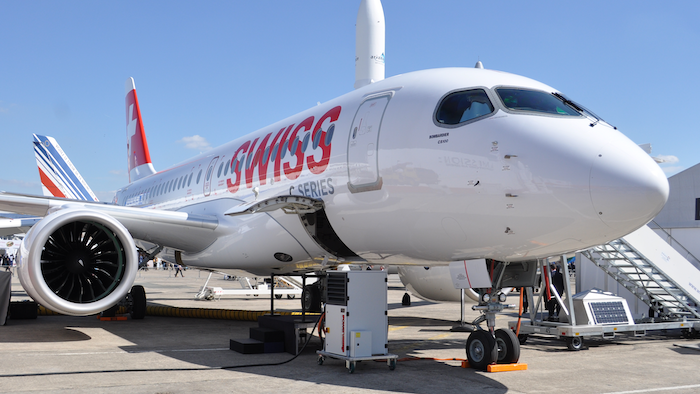 WASHINGTON (AP) — A government investigation will continue into whether Canada's Bombardier is selling airliners in the U.S. at illegally subsidized prices, a claim that has raised trade tensions between the U.S. and Canada.

On Friday, the U.S. International Trade Commission voted 5-0 that there is enough evidence of harm to the U.S. aviation industry to let the Commerce Department go ahead with its investigation.

The Commerce Department is expected to have final decisions over the next four months. It could impose duties on Bombardier CSeries jets that hold 100 to 150 passengers.

Bombardier said Friday that it was confident Boeing's claims will be rejected after more detailed review by U.S. officials.

Boeing said "trade only works if everyone plays by the same rules," and it predicted that its business with Canada "will continue to thrive long after this commercial trade matter is resolved."

More than 130 countries have forged a deal on how big global companies are taxed.
Oct 11th, 2021
Follow Us
Most Recent