EPA May Allow Massive Mine Near Alaskan Bay

Trump administration settles lawsuit over proposed development of a massive gold and copper mine.

Michael BieseckerBecky Bohrer
In this July 13, 2007 file photo, workers with the Pebble Mine project test drill in the Bristol Bay region of Alaska near the village of Iliamma. The Trump administration settled a lawsuit Friday, May 12, 2017, over the proposed development of a massive gold and copper mine at the headwaters of one of Alaska's premier salmon fisheries. The Environmental Protection Agency settled the long-running case with the Pebble Limited Partnership, agreeing to allow the Canadian-owned company to seek a federal permit to build its mine near Bristol Bay.
AP Photo/Al Grillo, File

WASHINGTON (AP) — In a sharp reversal, the U.S. Environmental Protection Agency has cleared a way for the company seeking to develop a massive copper and gold deposit near the headwaters of a world-class salmon fishery in southwest Alaska to pursue permits.

As part of a court settlement with the Canadian-owned Pebble Limited Partnership, the EPA agreed to begin the process of withdrawing proposed restrictions on development in the Bristol Bay region.

The agreement, signed Thursday but released on Friday, comes four months into the Trump administration, which supporters of the proposed Pebble Mine hoped would give it a fairer shake than they believed they got under President Barack Obama.

Critics of the settlement called it a backdoor deal and a slap in the face to residents of the region who petitioned the EPA in hopes of securing protections.

Pebble sued in federal court over what it claimed was EPA's collusion with mine opponents to block the project, which an EPA study concluded could pose significant risk to salmon in the Bristol Bay region. The region produces about half of the world's sockeye salmon. A review by EPA's inspector general last year found no evidence that the agency predetermined the study's outcome.

"We understand how much the community cares about this issue, with passionate advocates on all sides," EPA administrator Scott Pruitt said in a release. "The agreement will not guarantee or prejudge a particular outcome, but will provide Pebble a fair process for their permit application and help steer EPA away from costly and time-consuming litigation."

Tom Collier, CEO of the Pebble partnership, said this is a different EPA than his company had been dealing with under Obama and is committed to "due process. And that's all we've been asking for all along here."

"It's a day for Pebble Mine to really have a new start," Collier said, adding later: "We get to really start now."

According to court documents, the two sides had been exploring ways to resolve the case since August, when Obama was still in office.

Dennis McLerran, who was a regional EPA administrator under Obama, said Pebble's lawsuit was "nuisance litigation," and said a settlement isn't necessarily a bad thing.

However, he said terms calling for EPA to initiate a process to withdraw proposed restrictions on development mark a significant departure from the prior administration. He said it is unclear how that process will be carried out and if, for example, the public will be allowed to comment.

The proposed mine for has been hotly debated for years. Environmental activists like actor Robert Redford opposed development and multinational jewelers said they won't use minerals mined from the Alaska prospect.

The dispute dates to 2014, following the release an EPA study that concluded large-scale mining in the Bristol Bay watershed posed significant risk to salmon and could adversely affect Alaska Natives in the region whose culture is built around salmon.

The study provided the basis for the EPA to invoke a rarely used process under the federal Clean Water Act that supporters of the proposed Pebble Mine feared could result in the project's veto before it goes through the permitting process.

The Pebble partnership accused EPA of being in cahoots with mine opponents with a predetermined goal of blocking the project.

EPA, in court documents, characterized Pebble's claims as an effort to undermine its plan to protect parts of the Bristol Bay region from development.

While the EPA proposed restrictions on development, they were never finalized. A judge ordered the agency to stop work related to that process while the lawsuit was pending.

Terms of the agreement call for the regional EPA administrator to begin the process of withdrawing the proposed restrictions after a portion of the court case is dissolved.

Collier said he hopes to get the permitting process started this year. He also said the company is pursuing a smaller project than most people probably think.

McLerran said his concern is that Pebble will file for a small-footprint mine with the intention of eventually fully developing the massive deposit. A small footprint mine would not be economically viable at that remote site, he said.

Northern Dynasty, which owns the Pebble partnership, has called the Pebble deposit "one of the greatest stores of mineral wealth ever discovered" — containing copper, gold, molybdenum and silver. It has been looking for a partner since 2013, when a subsidiary of London-based Anglo American PLC announced it was withdrawing from the project.

Jason Metrokin, CEO of Bristol Bay Native Corporation, said in a release that the settlement "calls into question how serious the EPA is about following its mission and fulfilling the purposes of the Clean Water Act."

On Thursday, before the settlement was announced, representatives of tribal organizations and others in the Bristol Bay region expressed concern that protections they had been seeking could be wiped away and frustration that Pruitt had not reached out to them since taking office.

Norman Van Vactor, with the Bristol Bay Economic Development Corporation, said the next phase of challenges to the project could include additional legal fights and "standing in front of bulldozers." 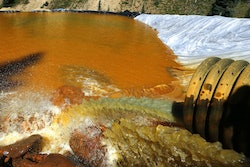 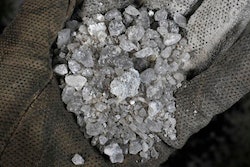 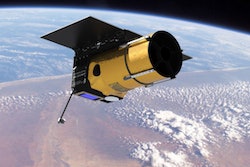