Website for U.S. Public Lands Flips from Nature to Coal

A scenic sunset was replaced by a photo of an open-pit coal mine in Wyoming.

Michael Biesecker
The home page of the Bureau of Land Management (BLM). In a not-so-subtle message about its policy priorities, the Trump administration has updated the home page for the federal agency that oversees public lands to showcase a large photo of an open-pit coal mine.
BLM via AP

WASHINGTON (AP) — In what is being seen as a clear message about its policy priorities, the Trump administration has updated the home page for the federal agency that oversees public lands to showcase a large photo of an open-pit coal mine in Wyoming.

The photo was stripped across the Bureau of Land Management site within the last week. On Wednesday, Interior Secretary Ryan Zinke announced approval of a $22 million lease of more than 6,000 acres in Utah to a coal-mining company. In an accompanying statement, Zinke described the bureau as being "in the energy business."

In the past, the web page has more typically featured photos of fields of wildflowers, green forests and snow-capped mountains. The coal mining photo replaced the image of a man and young boy with camping gear watching a scenic sunset.

Bureau spokeswoman Kristen Lenhardt on Thursday denied the timing of the photo swap is connected to the administration's push to promote coal mining. She said the home page photo will now be changed weekly. She said the coal mine photo was already set to be replaced Friday with a new image "reflecting recreation on public lands."

"As part of the BLM's transition to a new website design, we will be regularly rotating the banner with photos that reflect the many uses our public lands have to offer," Lenhardt said.

The changes come after President Donald Trump last month lifted a freeze imposed in the waning days of the Obama administration on leases of public lands for coal mining. Trump, who has pledged to revive the struggling U.S. coal industry, also issued an executive order rolling back federal regulations on planet-warming carbon emissions.

The bureau manages more than 245 million acres of public land in a dozen Western states. Much of that acreage has for decades been leased for mining and drilling, but the use of public lands for coal mining has come under increasing scrutiny due to climate change.

Coal is the dirtiest of fossil fuels, accounting for more than three-quarters of carbon emissions from U.S. power plants despite generating less than 40 percent of the nation's electricity. Several of the country's largest coal companies have recently sought bankruptcy protection as utilities have switched to cheaper, cleaner-burning natural gas.

"What more evidence do you need that the Trump administration wants to pave paradise to put up a coal mine?" said Michael Brune, the executive director of the Sierra Club. "They are literally trading a photo of families enjoying our most cherished landscapes for a pile of coal. This is one of the most obvious signs yet that they are putting the profits of corporate polluters before the public." 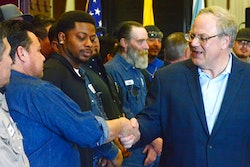 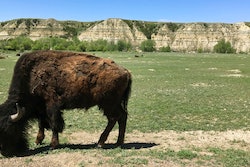 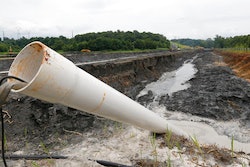