Tillerson Recuses Himself from Pipeline Decision

He recused himself from TransCanada's application for a presidential permit for the proposed Keystone XL pipeline. 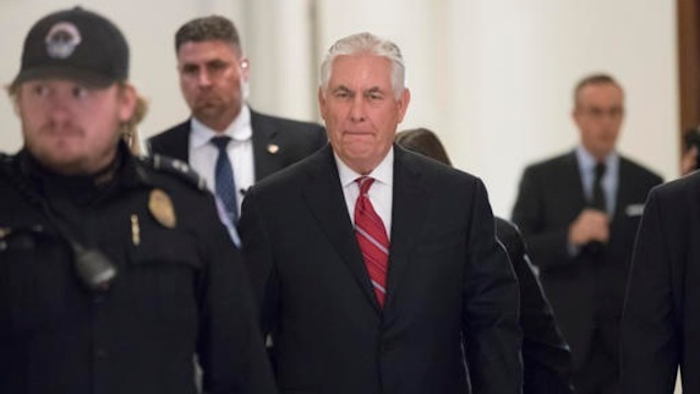 The pipeline, which would bring oil from Canada to the U.S., was halted by then-President Barack Obama. In one of his first decisions as president, Donald Trump invited the Keystone builder, TransCanada, to resubmit its application to construct and operate the pipeline.

Department spokesman Mark Toner said Thursday that Secretary of State Tillerson decided in early February to recuse himself from TransCanada's application. He has not worked on it at the State Department and will "play no role in the deliberations or ultimate resolution" of the application.

TransCanada Seeks $15B Over Pipeline