The scheme promised a tech that would turn trash into fuel.

PHILADELPHIA (AP) — A Georgia man admitted Thursday that he ran a $54 million Ponzi scheme built on false promises of green energy technology that would turn trash into fuel and "carbon-negative" housing developments, neither of which were ever fully developed.

Troy Wragg pleaded guilty in federal court in Philadelphia on Thursday to conspiracy and securities fraud. His college girlfriend, Amanda Knorr, pleaded guilty last year, while Wayde McKelvy, a 54-year-old securities salesman from Colorado, is scheduled to go on trial in September.

The scam (watch video below) allegedly ran from 2005 until 2009, even after the Securities and Exchange Commission filed a civil lawsuit against Wragg and Knorr's Pennsylvania-based Mantria Corp. They were ordered in 2012 to pay $37 million each.

Two months before the SEC civil lawsuit, the company was publicly recognized for its stated commitment to "help mitigate global warming" by former President Bill Clinton's Clinton Global Initiative. The company was cited for its plans to develop the biochar technology that it said would sequester carbon dioxide and reduce emissions in developing countries. Wragg appeared on stage with Clinton at the event in September 2009.

Assistant U.S. Attorney Robert Livermore wrote in court filings that the company didn't set out to defraud investors but began lying after the Pennsylvania-based company began having financial problems.

"When Mantria began to experience financial problems early on, little lies to keep Mantria afloat begat bigger lies which begat even bigger lies until Mantria was nothing but a hollow shell of what was promised to investors," Livermore wrote.

Prosecutors say the trio lied to investors, saying their "biochar" technology and "carbon-negative" housing in Tennessee made millions of dollars, but they had almost no earnings, and the three used the money to repay earlier investors and kept some for themselves.

McKelvy, who prosecutors say has never been licensed to sell securities, raised money through his Speed of Wealth seminars in Colorado, Las Vegas and elsewhere, including one that featured a speech from former Broncos quarterback John Elway.

McKelvy allegedly told investors that Mantria was the next Microsoft and that it was "on the cusp of a revolutionary technology that's going to change the world, and you guys can benefit from it by putting money in and getting stinkin' wealthy."

Prosecutors say the housing developments that Mantria told investors would serve as collateral were never finished — the sites lacked drinking water and some may have contained unexploded artillery shells. Mantria then promised returns of more than 500 percent based on trash-to-fuel technology they said they had orders to sell.

The company had a site testing the production of biochar in Dunlap, Tennessee, but prosecutors say the company never had a patent for the technology to sell the systems and lied about how much it was producing.

Here is a video of the Mantria waste conversion system pitch used in one of the biggest green scams ever in America. 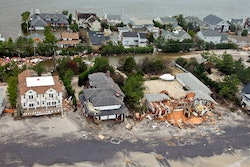 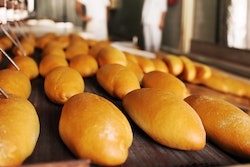