The bill has been revamped to grandfather in the California-based electric vehicle maker. 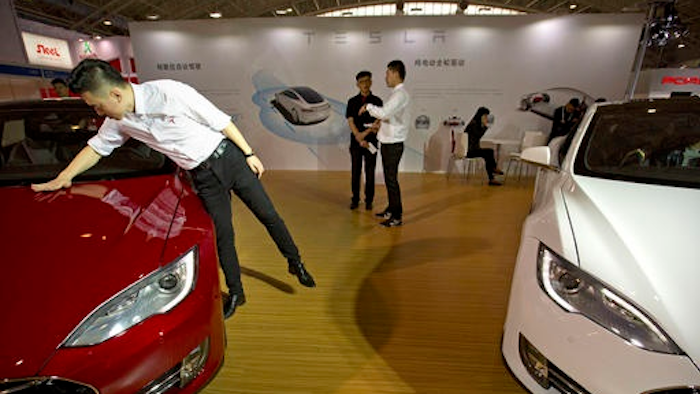 INDIANAPOLIS (AP) — A bill that would have driven automaker Tesla from doing business in Indiana has been revamped to allow the electric car company to stay.

The Indiana House transportation committee amended and approved the bill Thursday. It grandfathers in Tesla but prohibits other major automakers from direct car sales in the future.

The bill's sponsor and committee's chairman, Republican Ed Soliday, says that without it, foreign automakers, including the Chinese, could sell cars directly without accountability or adequate repair facilities.