House Votes to Prohibit Sale of Commercial Aircraft to Iran

Proposed deals between Iran and Boeing and Airbus may involve more than 200 aircraft, which could generate thousands of new jobs, say Democrats who opposed the legislation. 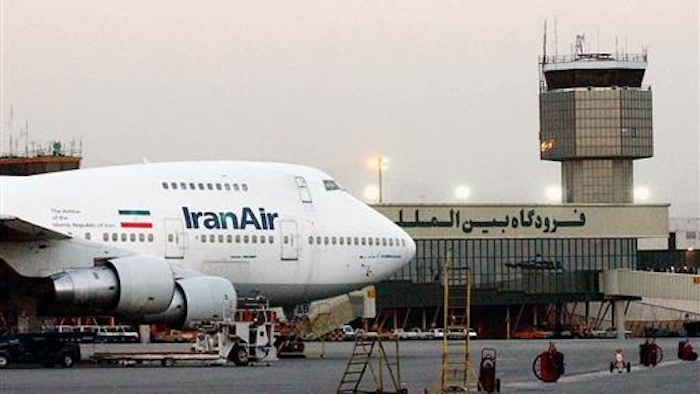 WASHINGTON (AP) — The Republican-led House has acted decisively to bar the sale of commercial aircraft to Iran, a move that would scuttle deals already authorized by the Obama administration and potentially worth billions of dollars.

By 243-174 vote on Thursday, lawmakers passed legislation that would prohibit the Treasury Department from issuing the licenses U.S. banks would need to complete the transactions.

The House bill seeks to counter the department's decision in September to grant aviation giants Boeing and Airbus permission to sell the passenger planes to Tehran. The bill must now clear the Senate, where the measure would face stiff opposition from Democrats. President Barack Obama would veto the bill if it reached his desk, according to the White House.

The proposed sales may involve the purchase and leasing of more than 200 aircraft, which could generate thousands of new jobs, according to Democrats who opposed the legislation. Republicans, however, decried the sale of aircraft to a country they say is the leading state sponsor of terrorism and has flouted United Nations resolutions by testing ballistic missiles.

Iran's nuclear deal with the U.S. and other world powers ended international economic sanctions against Tehran and specifically allowed for the sale of commercial aircraft and spare parts. The Treasury Department said the licenses granted to Boeing and Airbus contained "strict conditions to ensure the planes will be used exclusively for commercial passenger use and cannot be resold or transferred to a designated entity."

But Rep. Peter Roskam, R-Ill., called the aircraft sales a "scandal." He harshly criticized Boeing and Airbus for seeking to do business with Iran.

Although Roskam is from Illinois, where Boeing is headquartered, the airplanes the company proposed selling to Tehran are built in Washington state.

Democrats cast the legislation as another Republican attempt to undermine last year's Iran nuclear agreement and embarrass the Obama administration.

Rep. Jim Himes, D-Conn., a member of the House Intelligence committee, said the bill plunged the House again into the "dreary and dangerous ritual" of considering a measure that would cause the United States to violate the nuclear accord that took years to forge with world powers, including China and Russia.

Himes also argued denying the aircraft sale could cause 100,000 jobs to not be created.

Ahead of the vote, the Office of Management and Budget said in a statement Monday that the legislation would "contravene U.S. commitments" in the nuclear deal and undercut American credibility with its allies.

National carrier Iran Air signed agreements in January to buy 118 planes from Airbus, estimated to be worth $25 billion. Iran later reduced the number of planes to 112.

Though based abroad, Airbus needed Treasury's approval because at least 10 percent of the manufacturer's components are of American origin.

Under Boeing's deal, Iran Air is slated to buy 80 aircraft with a total list price of $17.6 billion, with deliveries beginning in 2017 and running until 2025. Iran Air also will lease 29 new Boeing 737s, raising the potential total value of the deal to $25 billion.

But Richard Aboulafia, an aerospace analyst with the Teal Group, doubted that Iran has the money for so many new planes. The country's economy, rife with corruption and patronage, is in poor shape, he said.

Third party lenders also are likely to be leery of underwriting such large transactions because Tehran is not party to an international agreement called the Cape Town Convention that guarantees financiers can repossess the jets in the event of bankruptcy, he said.

"In the here and now, Iran maybe has the ability to absorb and finance at most a quarter of the aircraft," said Aboulafia, adding that Tehran would likely have to settle for used and leased planes.