David H. Brooks, founder of a leading supplier of body armor to the U.S. military, was convicted in 2010 of securities fraud, conspiracy and other charges for masterminding a $185 million stock swindle. 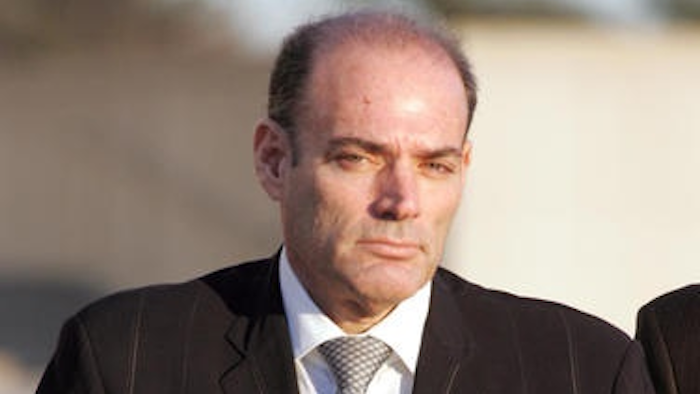 DANBURY, Conn. (AP) — David H. Brooks, the founder of America's leading supplier of body armor to the U.S. military, died in prison while serving a 17-year sentence for running a massive stock fraud scheme. He was 61.

Brooks' lawyer told Newsday that his client became ill Thursday and was taken to a hospital. He said it was unclear what led to his death.

Brooks, the founder and former chief executive of DHB Industries, was convicted in 2010 of securities fraud, conspiracy and other charges for masterminding a $185 million stock swindle and using the proceeds to pay for personal luxuries. Prosecutors said he threw extravagant bar and bat mitzvahs for his children in which entertainers such as Tom Petty, Aerosmith and the Eagles performed. They said he also bought a diamond-encrusted belt buckle in the shape of an American flag for more than $100,000.

During his trial in federal court in New York, prosecutors said Brooks used the company treasury for his own extravagances, with more than $6 million in unauthorized expenditures.

Brooks and a co-defendant were accused of falsely inflating the value of the inventory of the company's top product — the Interceptor vest — to help meet profit margin projections. The vest, made for the U.S. Marine Corps and other branches of the military, was designed to withstand rifle fire and shrapnel.

Brooks' trial lawyer told the jury that all the expenditures were approved by the company's board and in agreements between Brooks and the company. He also told jurors that Brooks had put as much as $20 million of his own money into the business and said the money he spent on personal items amounted to less than what he was owed.

Brooks resigned from DHB in 2006, at about the same time the company moved its headquarters from Westbury, New York, to Pompano Beach, Florida, where it now operates as Point Blank Solutions Inc.

Brooks was appealing his conviction.

Klugh said Brooks died days after being transferred to Connecticut from a federal detention center. Brooks had asked for the transfer so he could be closer to his family, Klugh said.