David Hobson of Oppenheimer & Co. Inc. admitted teaming up with a childhood friend, Michael Maciocio, at Pfizer Inc. to trade on secrets about potential Pfizer acquisitions. 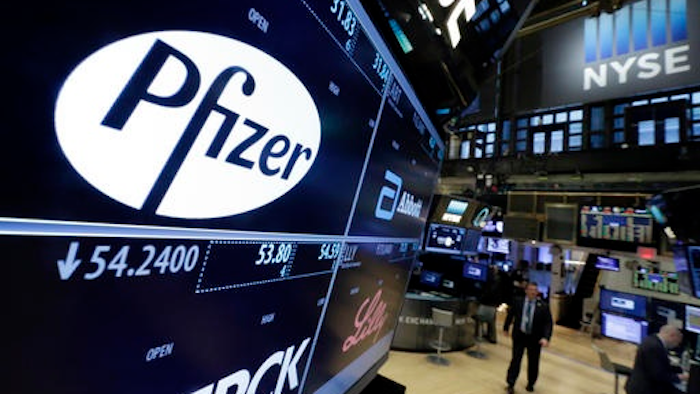 NEW YORK (AP) — A former Oppenheimer & Co. Inc. financial adviser pleaded guilty to insider trading charges on Tuesday, admitting that he earned hundreds of thousands dollars illegally over a six-year period by using tips from a friend who worked at a pharmaceutical company.

Hobson, 47, admitted teaming up with a childhood friend, Michael Maciocio, at Pfizer Inc. to trade on secrets about potential Pfizer acquisitions. Sentencing was set for March 2, when U.S. District Judge Laura Taylor Swain will decide on a sentence consistent with a plea deal calling for a prison term of between two years and 2 1/2 years. Without a plea deal, he faced up to 25 years in prison.

"I apologize to the court," Hobson said as he explained that he shared his profits with Maciocio and some of his clients.

U.S. Attorney Preet Bharara said the prosecution was part of a larger effort by his office to make the securities markets fair.

Maciocio, 46, pleaded guilty in May to conspiracy and securities fraud. He's awaiting sentencing.