Engineers and physics professors support rehearing petition "in the name of science." 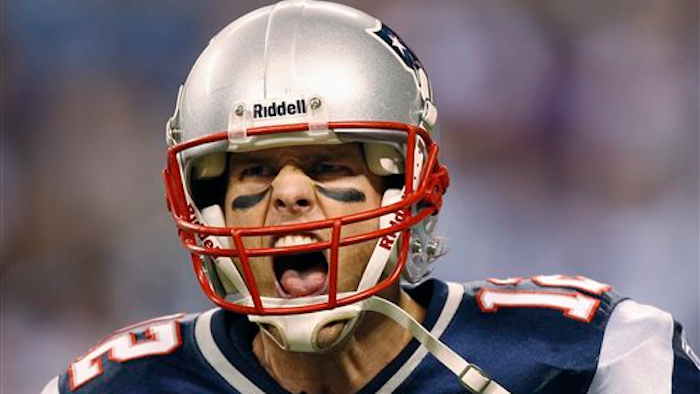 Tom Brady will appeal his four-game suspension by the NFL, seeking a second hearing before the 2nd U.S. Circuit Court. The decision by the New England Patriots quarterback was confirmed Monday, May 23, 2016, by NFL Players Association spokesman George Atallah.
AP Photo/Paul Sancya, File

Papers filed with the 2nd U.S. Circuit Court of Appeals said these experts believe the 2nd Circuit's ruling upholding the suspension lacks any scientific proof and the appeals judges should reconsider an April decision that reinstated Brady's suspension.

"In the name of science, we support the petition for rehearing," the papers said.

The documents said it was no surprise to any scientist when the NFL discovered that the Patriots' footballs had lost pressure when New England routed the Indianapolis Colts 45-7 in the 2015 AFC Championship game. They said deflation happens naturally when a closed vessel such as a football moves from a warm environment to a cold one.

"This is not tampering. It is science. And it pervades the NFL. Games routinely are played with footballs that fall below the league's minimum pressure requirement," the papers said. "Courts should not be powerless to consider the absence of scientific proof when a proceeding is so interlaced with laws of science."

The filing came a day after lawyers for Brady and the NFL Players Association asked the appeals court to reconsider the ruling by a three-judge panel that found the NFL acted properly in suspending Brady last year. The suspension had been rejected by a lower court judge last September, but the 2nd Circuit panel reversed that ruling.

The controversy that was dubbed "Deflategate" has raged since before the Patriots won the Super Bowl last year.

Lawyers for Brady and his union are hoping the three-judge panel that reinstated his suspension reconsiders its 2-to-1 ruling or that the full court of 13 judges will vote to rehear the case.

The full appeals court in Manhattan has heard only a handful of cases since the turn of the century, and it is unclear how soon the 2nd Circuit might respond to the request for a rehearing.