Coal's continuing slump comes despite Trump policy efforts to prop up the industry.

WASHINGTON (AP) — Americans are consuming less coal in 2018 than at any time since Jimmy Carter's presidency, a federal report said Tuesday, as cheap natural gas and other rival sources of energy frustrate the Trump administration's pledges to revive the U.S. coal industry.

A report by the U.S. Energy Information Administration projected Tuesday that 2018 would see the lowest U.S. coal consumption since 1979, as well as the second-greatest number on record of coal-fired power plants shutting down.

The country's electrical grid accounts for most of U.S. coal consumption. U.S. coal demand has been falling since 2007 in the face of competition from increasingly abundant and affordable natural gas and renewable energy, such as solar and wind power. Tougher pollution rules also have compelled some older, dirtier-burning coal plants to close rather than upgrade their equipment to trap more harmful coal emissions.

President Donald Trump has made bringing back the coal industry and abundant coal jobs a tenet of his administration. He and other Republicans frequently attacked former President Barack Obama for waging what they called a "war on coal" through increased regulations that Republicans said killed jobs and harmed the industry.

Trump's enthusiasm for coal has helped to make Appalachian "coal country" one of Trump's most fervent bases of support as Trump racked up big wins in West Virginia, Ohio, Kentucky and other states.

"The coal industry is back," Trump declared at one rally in West Virginia last summer.

The Energy Information Administration says coal consumption by the country's power grid will end the year down 4 percent, and fall another 8 percent in 2019.

Coal's continuing slump comes despite Trump policy efforts to prop up the industry. That includes scrapping Obama's signature Clean Power Plan that would have spurred electrical suppliers to turn away from coal-fired power plants in favor of cleaner forms of energy such as natural gas.

Trump "talks tough to the coal miners to get their support, but he doesn't deliver for them, and I don't think that he can, because the markets are bigger than him," said Joe Pizarchik, who directed the Office of Surface Mining Reclamation and Enforcement in the Obama administration.

Pizarchik, now a consultant on water quality and reforestation, said lower prices for natural gas and renewables will continue to drive down demand for coal, despite deregulation efforts by the Trump administration.

Ironically, the new tax law approved by the Republican-controlled Congress has encouraged coal plants to close, as utilities use a provision that allows them to accelerate depreciation costs for closing plants, he said.

Despite the continued drops in domestic coal use, 2018 has been a better year for the industry thanks to soaring exports, said Joe Aldina, director of U.S. coal analysis for S&P Global Platts.

Spokespeople for the U.S. departments of Energy and Interior did not immediately return requests for comment Tuesday.

Appearing before the National Petroleum Council in Washington on Tuesday, Energy Secretary Rick Perry devoted much of his remarks to urging development of natural gas and petrochemical industries in Appalachian coal country. "This is economic opportunity for a region" that needs it, Perry said.

National gas production in Ohio, Pennsylvania, and West Virginia has jumped from 2 percent of the nation's total in 2008 to 27 percent last year, Perry said. 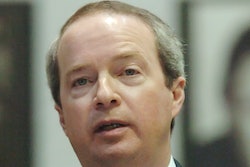 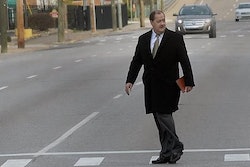 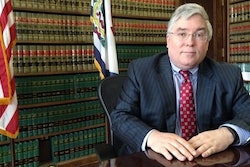