Gun Maker Sentenced after Failing to Account for Automatic Firearms

It is the first time that a major firearms manufacturer has been convicted of a felony and had its license revoked.

HARTFORD, Conn. (AP) — The former owner of a company that makes military-style rifles has been sentenced to probation and the company fined $500,000 for violating federal firearms laws. Mark Malkowski was sentenced to two years of probation and personally fined $100,000 during the sentencing hearing Tuesday in federal court in Hartford.

Malkowski and the company, New Britain-based Stag Arms, had pleaded guilty to charges including possession of a machine gun not registered to the company and failure to maintain proper firearms records.

Deirdre Daly, Connecticut's U.S. Attorney, said sloppy record-keeping and a failure to comply with regulations left the company unable to account for hundreds of weapons, including fully automatic guns. "Stag displayed a systemic and egregious disregard of federal firearms regulations," she said in a statement. "The company was unable to account for hundreds of semi-automatic rifles and possessed over 60 unregistered machine guns."

Investigators, who also found machine gun parts, said more than 3,000 guns were transferred by the company without being property recorded. Daly said it is the first time that a major firearms manufacturer has been convicted of a felony and had its license revoked.

As part of his plea agreement with the government, Malkowski sold the company in February and has agreed never again to hold an ownership or management position in a firearms business.

The company, which had been licensed since 2003 and manufactures semi-automatic rifles, also agreed to give up claim to any of the guns that were seized. Officials there did not return a message Tuesday seeking comment.

Stag had previously issued a statement saying it believes public safety was never compromised and guilty pleas were entered because they were in the best interests of the company and its employees. 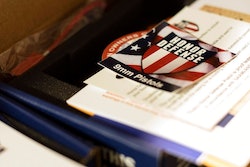 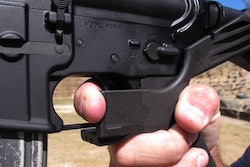