U.S. to Factories, Sellers: Make Sure Hoverboards are Safe

In a letter to manufacturers, importers and retailers, U.S. regulators said they will seize or recall any of the two-wheeled, self-balancing scooters if they fail to meet safety requirements. 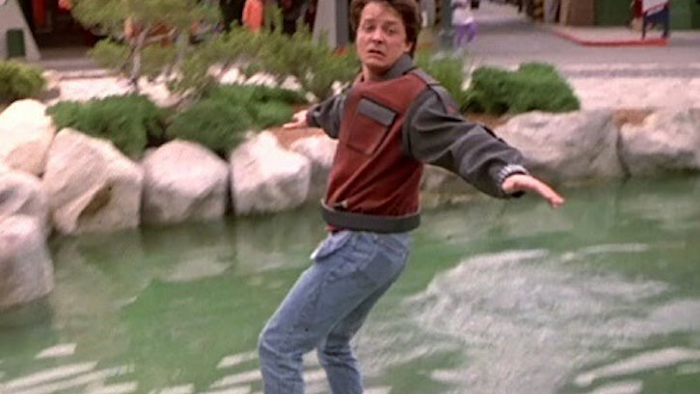 Marty McFly's "hoverboard" maybe isn't quite ready for consumers. The government says it will be cracking down on any two-wheeled, self-balancing scooters that don't meet recently enacted safety standards, considering the internet is "littered with photos and videos of hoverboards on fire and spewing black smoke," says the AP.
Flickr

NEW YORK (AP) — The government is cracking down on hoverboards.

In a letter to manufacturers, importers and retailers, U.S. regulators said they will seize or recall any of the two-wheeled, self-balancing scooters, which were a huge hit this holiday season, if they fail to meet recently-released safety requirements.

The Internet is littered with photos and videos of hoverboards on fire and spewing black smoke.

The U.S. Consumer Product Safety Commission in a letter issued Thursday noted 52 reports of fires that users say were caused by hoverboards in 24 states. Those fires led to $2 million in property damage, including the destruction of two homes and an automobile. It said many of those incidents would not have happened if the hoverboards meet the new safety standards.

The CPSC said it wants the hoverboard industry to follow requirements set earlier this month by UL, an independent company that tests the safety of products for manufacturers.

Concerns that lithium-ion batteries inside the hoverboards could spark a fire have led to bans by several airlines and college campuses.

The CPSC revealed last month that it was investigating hoverboard makers and sellers. Amazon.com Inc. also offered full refunds for customers who bought a hoverboard through the site.